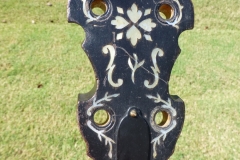 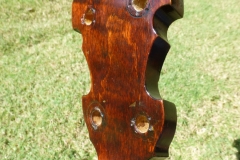 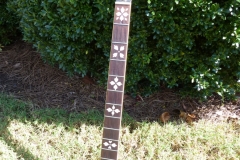 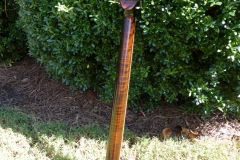 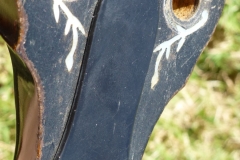 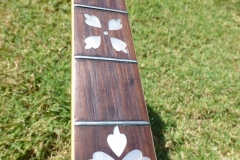 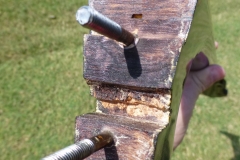 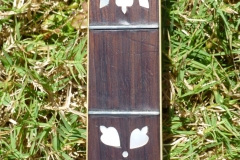 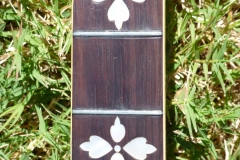 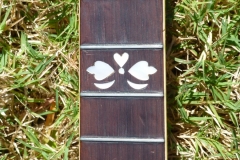 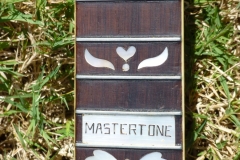 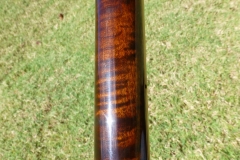 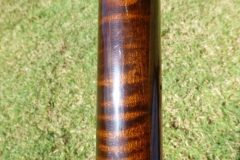 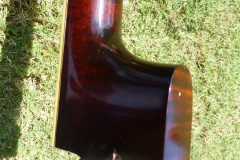 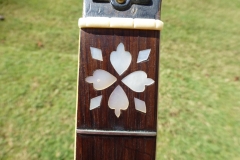 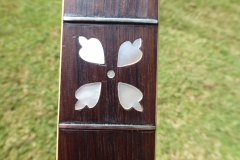 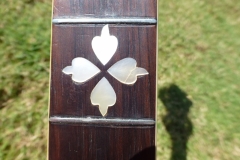 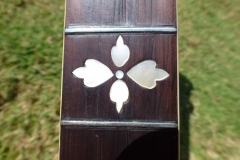 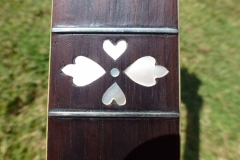 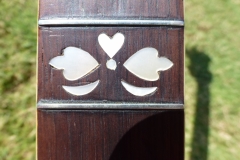 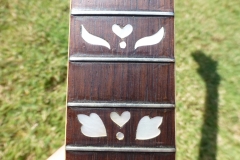 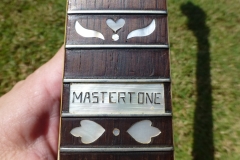 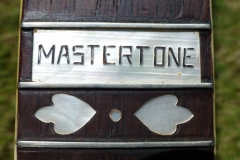 This neck surfaced on eBay in September 2013 installed on a 1960s Gibson style 100 pot; the neck, however, is from a 1930s Granada plectrum banjo.  The “full hearts and flowers” inlay pattern (including inlays at the first and fifteenth frets) is typical of Granada plectrum necks for the period.  In common with many prewar Granada necks, the back of the peghead features a curly maple veneer to hide the seams of the peghead ears.