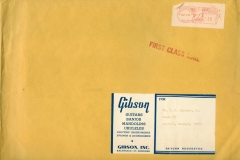 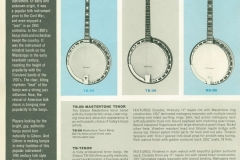 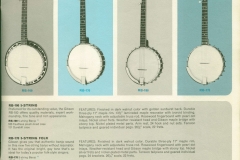 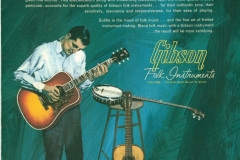 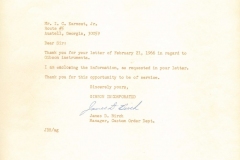 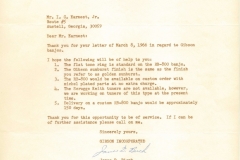 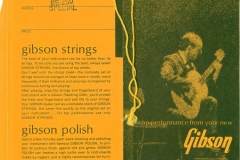 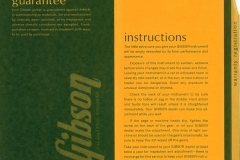 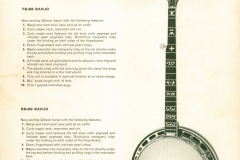 Although the items on this page have to do with postwar Gibson banjos rather than prewar ones, I thought I would put them up since they may be of interest to Gibson banjo enthusiasts and they also serve as evidence that I come by my Gibson banjo obsession honestly.  In 1966 my dad wrote to Gibson seeking information about their top-of-the-line RB-800 model.  He bought one shortly thereafter but sold it three years later when he and my mother were expecting a baby. . . me!  Oh, the irony. . . Around the same time he also bought a new bowtie RB-250; that banjo too is long-gone but I have the original hangtag, shown above.  I have no idea what the “RB-250 Special” designation means.  Any ideas?  As far as I know, it was a regular 250.  Somewhere around here I have a picture of dad with it which I’ll post as soon as I can find it.