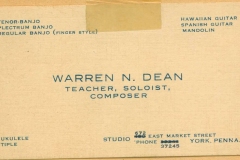 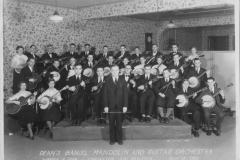 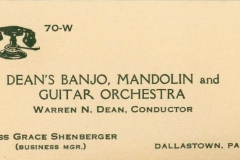 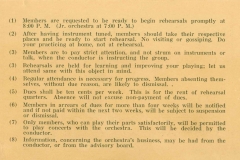 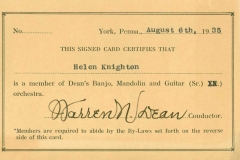 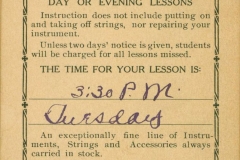 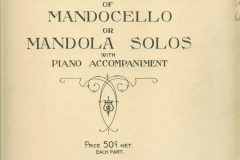 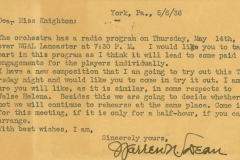 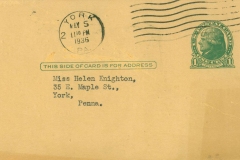 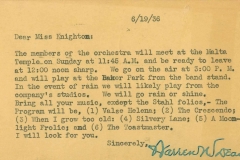 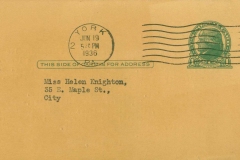 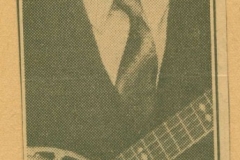 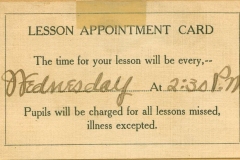 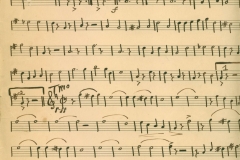 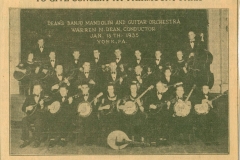 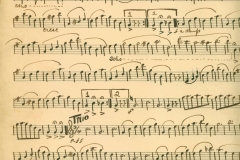 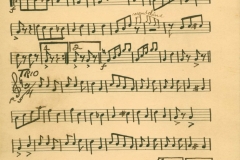 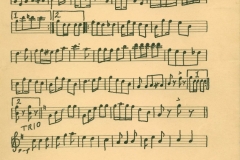 Warren Dean was a noted perfomer, composer, and teacher who maintained a teaching studio in York, Pennsylvania.  Dean’s Banjo, Mandolin and Guitar Orchestra was organized on September 27, 1932 with an initial membership of sixteen and performed at least through 1936.  Helen Knighton is shown in the group photograph above seated on the front row, second from left, playing a 1930s Gibson TB-2 believed to be #9691-22; she later moved up to TB-3 #345-6.  The photograph accompanying the York Gazette and Daily article of May 10, 1935 (“To Give Concert at Fairmount Park”) again shows Miss Knighton on the front row, holding her TB-2 and seated behind her 1915 Gibson K-1 mandocello.