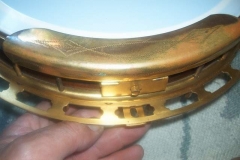 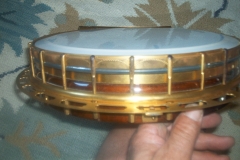 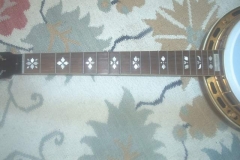 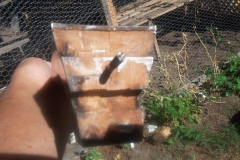 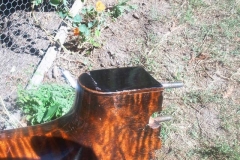 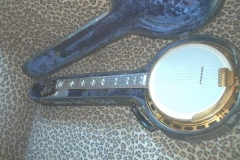 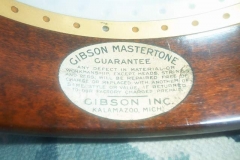 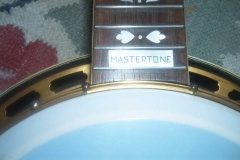 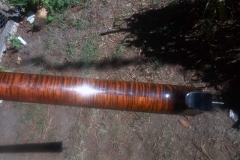 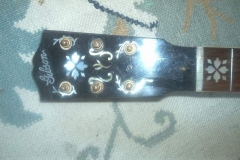 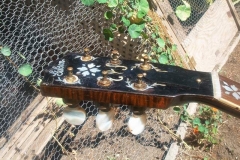 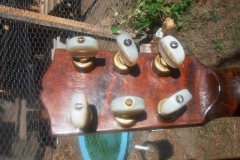 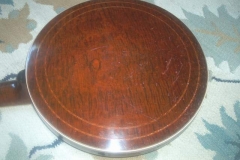 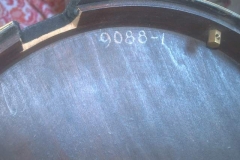 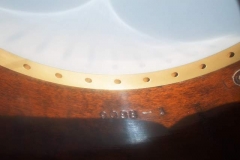 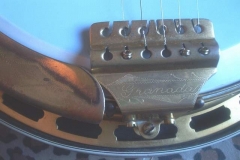 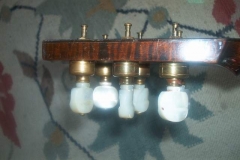 “An ideal ‘double’ instrument for the Guitar player–nothing of the sweet guitar harmonies is lost in giving it banjo sparkle and brilliance in the Guitar Banjo.  Indispensable in the Banjo Band to give correct instrumentation–very effective in small dance combinations where piano is not available”.  This was what Gibson’s catalog “U” of 1932 had to say about the guitar-banjo.  Gibson’s prewar catalogs only offered the GB in a couple of lower styles, typically 1 and 3, but a few custom orders in more expensive styles have been seen.  This extremely rare GB-Granada dates to circa 1928 and in most respects conforms to standard Granada specifications for the time.  The twenty-fret neck is made of two pieces of highly flamed curly maple and the peghead shape is the same as that used on most of Gibson’s guitar models of the time.  The tension hoop is the grooved type used on the earlier ball-bearing models, presumably because the neck notch in a notched hoop would not have been wide enough to accommodate six strings.  The six-string tailpiece is engraved in a pattern similar to that seen on the Kerschner tailpieces used on standard Granadas in the 1920s.