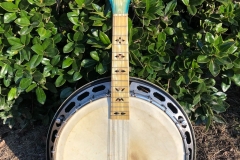 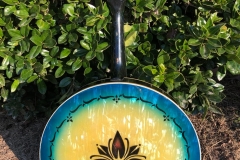 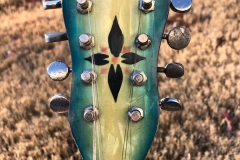 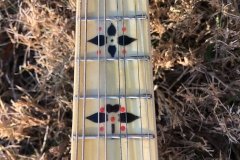 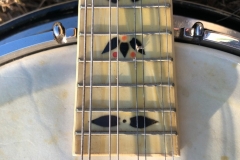 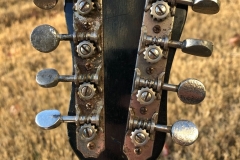 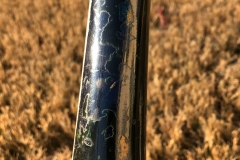 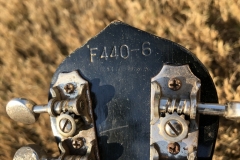 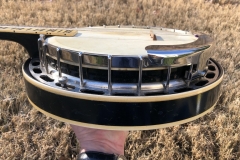 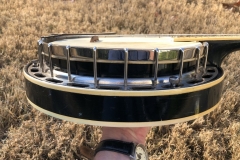 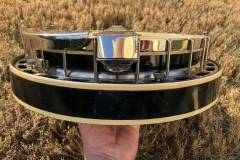 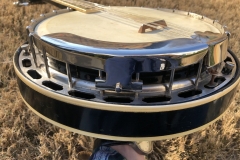 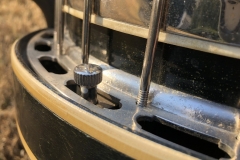 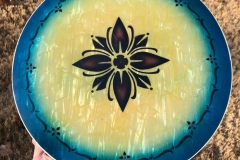 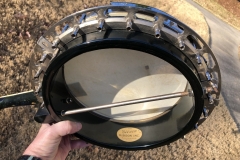 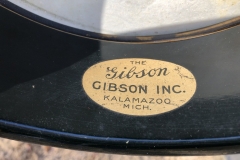 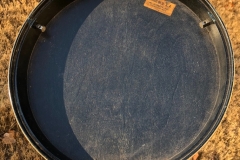 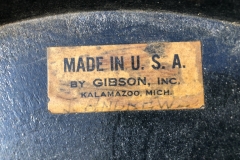 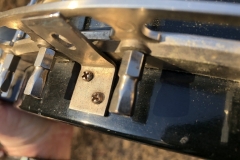 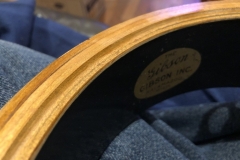 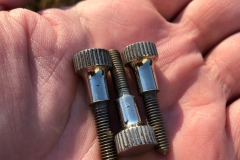 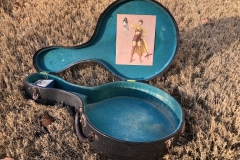 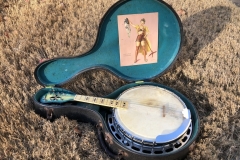 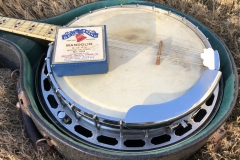 The mandolin-banjo reached its peak of popularity in the 1920s, but as late as 1942 the Gibson catalog was proclaiming this odd hybrid “a necessity in every banjo band for lead or obbligato–ideal for solo playing”.  Style 11, introduced in 1931, was a lower-end, non-Mastertone model which, according to one Gibson catalog, offered banjoists “a touch of color and flash” with its pearloid veneers, stenciled “inlays”, and blue finish.  Besides lending “color” and “flash”, the pearloid and paint provided Gibson with a way to use cosmetically flawed wood which might not have been suitable for more expensive models.

#F440-6 remains in excellent original condition and features the pronounced blue coloring typical of later style 11 banjos. It is equipped with the smaller-diameter brass tone hoop also common to later style 11 banjos, with a groove turned into the top of the rim to hold it in place. Phillips head screws throughout are typical of the period and, in keeping with standard Gibson practice for export instruments, there is a “Made in the U.S.A.” stamp on the back of the peghead and a “Made in U.S.A.” label inside the resonator. The name of a former owner, “J. Andrews”, is written on the export label. This MB-11 remains in its original flannel-lined, “red-line” #385 Geib “Masterkraft” case, with a period pinup attached to the inside of the lid. #F440-6 remained in South Africa until late 2020.