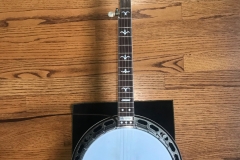 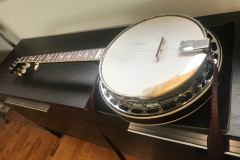 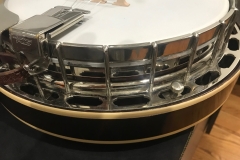 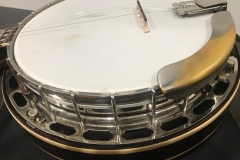 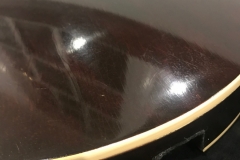 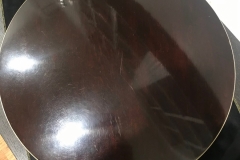 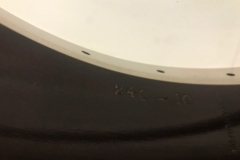 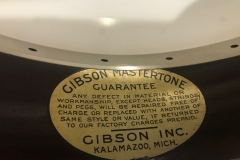 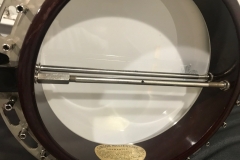 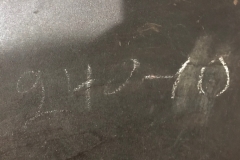 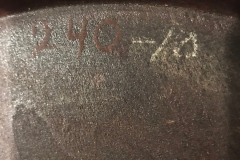 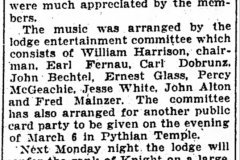 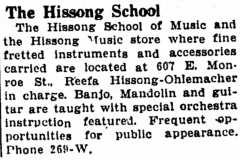 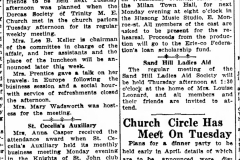 #240-10 began life as a style 3 mandolin-banjo dating to 1932 (see Gibson banjo serial numbers vs. factory order numbers); it featured the same pot construction found on style 3 Mastertone tenor banjos of the period, with a one-piece flange and forty-hole raised-head tone ring.  Only the cosmetic appointments of the resonator differ from those of style 3 Mastertones with other neck configurations; rather than mahogany veneers with two concentric rings of white-black-white purfling, the resonator is dark-finished, straight-grained maple as seen on style 1 banjos of the period.

This MB-3 is listed in Gibson’s factory ledgers as being returned to Hissong Music Store on February 11, 1936 following an unspecified repair. Period newspaper articles reveal that the Hissong School of Music and the Hissong Music Store were located at 607 East Monroe Street in Sandusky, Ohio; the proprietor was Reefa Hissong-Ohlemacher.

#240-10 has now been converted to flathead five-string with a neck by Frank Neat, a Huber HR-30 tone ring, and an original five-string Presto tailpiece from a 1929 Vegaphone Professional.