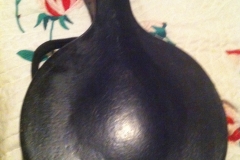 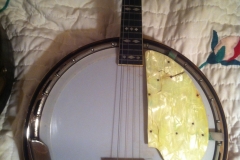 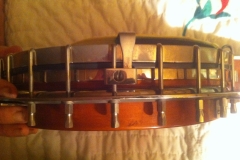 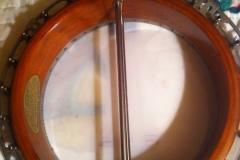 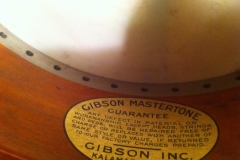 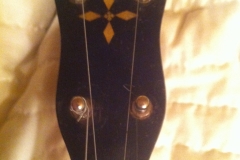 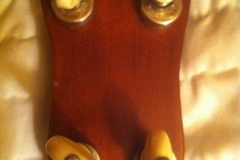 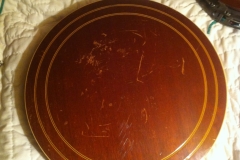 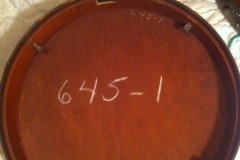 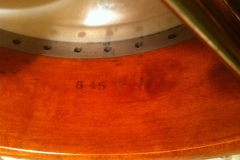 This 1936 (see Gibson banjo serial numbers vs. factory order numbers) MB-3 features the same pot construction found on style 3 Mastertone tenor banjos of the period, with a one-piece flange and forty-hole raised-head tone ring.  The mandolin neck has fifteen frets and is inlaid with the “diamonds and squares” pattern which had been standard on style 3 Mastertones of the 1920s.  Most unusually for a mandolin-banjo, #645-1 has four strings rather than eight; it was shipped on April 24, 1936 as a “special” MB-3 to Gibson teacher-agent Dee Wells of Louisville, Kentucky.  The instrument was returned to Gibson for an unspecified repair and sent back to Wells on May 25, 1936, this time listed as a “special four-string” instrument.  The pearloid head guard is not listed in either ledger notation but is factory original equipment.  #645-1 remains in its original #393 case by Geib and Schaefer.  The tailpiece has been replaced.