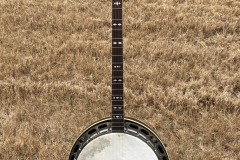 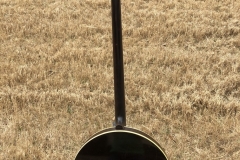 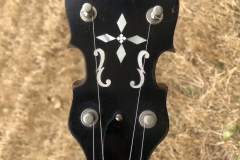 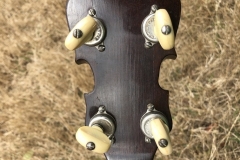 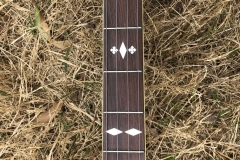 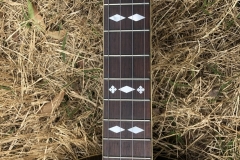 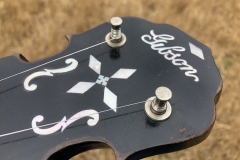 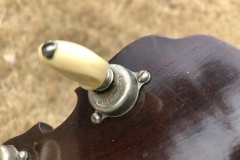 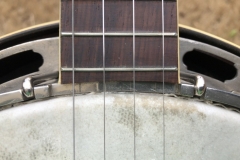 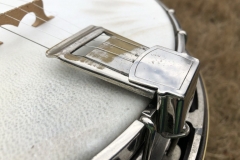 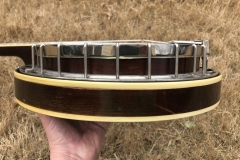 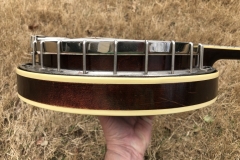 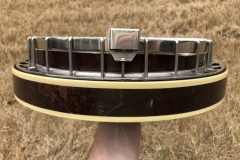 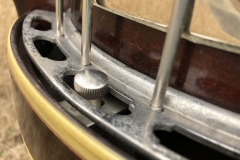 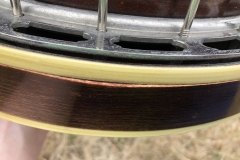 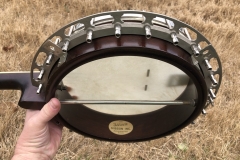 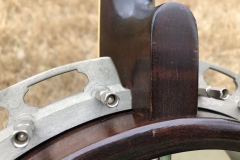 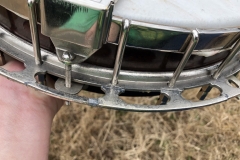 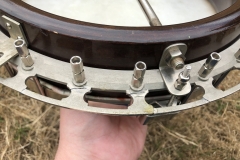 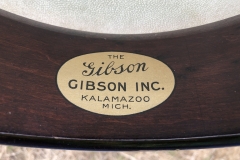 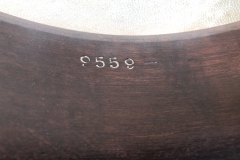 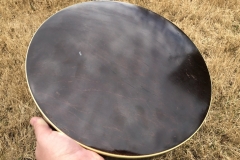 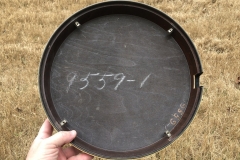 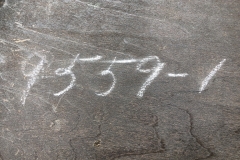 #9559-1 is a plectrum-necked style 1 banjo dating to 1930 (see Gibson banjo serial numbers vs. factory order numbers) and is housed in its original #521 Geib and Schaefer “Masterkraft” case with purple flannel lining.  In common with other observed banjos from lot #9559, this banjo is equipped with four resonator lugs rather than the typical three lugs of style 1 and, like most four-lug style 1 banjos, was likely shipped without an armrest. Unlike the majority of 1930s style 1 banjos, and even the majority of banjos observed from lot #9559, this example features the “diamonds and squares” inlay pattern which had been standard on style 3 Mastertone banjos of the 1920s. The flange is the more lightly built first-generation type normally associated with 1929 production; the rim thickness below the flange is .630″ rather than the .640″ typical of banjos with first-generation one-piece flanges, and a thin maple strip was applied on the outside of the rim at the factory to ensure a snug flange fit.

#9559-1 remains in excellent original condition with the exception of five small cracks in the flange and a replaced Grover “window” or “first model” tailpiece (the tailpiece cover is original to this banjo).