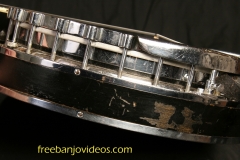 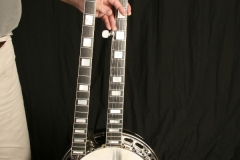 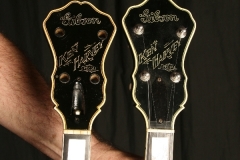 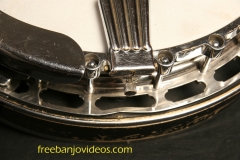 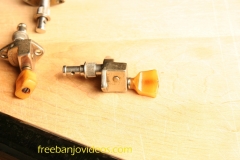 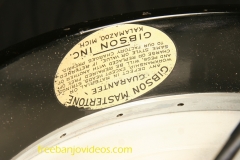 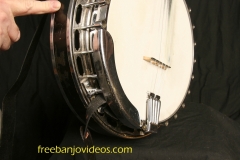 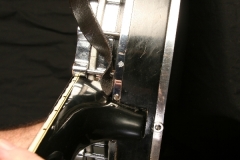 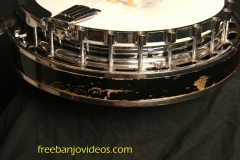 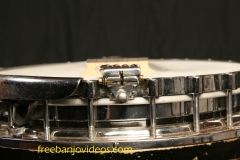 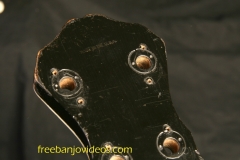 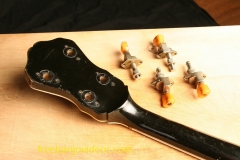 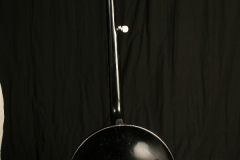 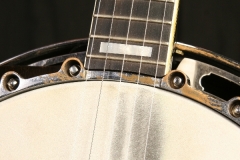 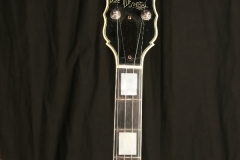 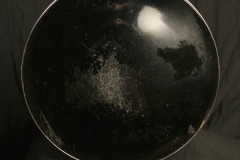 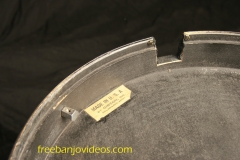 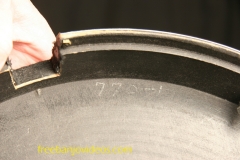 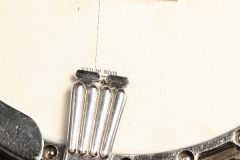 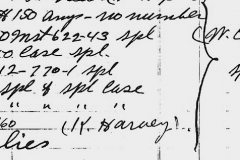 Ken Harvey was born Harvey Steffel in Milwaukee, Wisconsin in 1907.  He took up the plectrum banjo at an early age and by 1930 was performing in New York; after a 1934 appearance on the Rudy Vallee radio show, Harvey embarked on a performing career in Europe.  He found a particularly enthusiastic reception in London where he played at venues including the Dorchester Hotel, as well as appearing in some of the BBC’s earliest television programming in the late 1930s.  Harvey’s European engagements also took him to Norway, Sweden, France, Germany, and the Netherlands; his European career was disrupted by the outbreak of war in 1939 and he returned to Milwaukee, later touring during the war years with USO shows.  Harvey resumed his European career after the war but while playing in Oslo, Norway in 1948 he was stricken with multiple sclerosis.  Two years of hospitalization in Norway and two more in New York left his earnings depleted and in October 1952 a group of friends raised money to fly Harvey back home to Milwaukee, where he died on December 2, 1952.

Ken Harvey was pictured as an endorsing artist in prewar Gibson catalogs playing an EPB, or electric plectrum banjo; a December 1938 article in the Etude music magazine noted that “(t)o the best of our knowledge Ken Harvey, one of our outstanding banjoists, is the first one to use an electric banjo in his concerts, and with it he created quite a sensation on his concert tour through England during the past season.”  While no records relating to Harvey’s electric Gibson banjo have been located, Gibson’s shipping ledgers do show that on January 26, 1938, Gibson salesman Walter “Doc” Caldwell delivered a shipment to Ken Harvey consisting of an EH-150 lap steel and amp, three ukuleles, unspecified “supplies”, and the banjo pictured here, listed as a “PB-12 Spl.”

The “Special” designation was well-deserved, as #770-1 (see Gibson banjo serial numbers vs. factory order numbers) bears little resemblance to a catalog style 12, or to any other regular production Mastertone.  The wood is maple with an opaque black finish and the resonator binding is chrome-plated metal rather than the standard ivoroid.  All hardware is chrome-plated and the radiused fingerboard, which is ebony rather than the typical rosewood, is inlaid with plain block inlays.  The bound peghead lacks any mother-of-pearl inlay but the peghead overlay is inscribed “Gibson / Ken Harvey / Special”.  The twenty-hole “shiny face” flathead tone ring is the same as that found in other top-tension Mastertones; the armrest mount is the adjustable type designed to provide easy access to the top-tension brackets, but the armrest itself is the classic Gibson shape rather than the narrower armrest with squared-off ends normally seen on top-tension models.

The visually striking appearance of Ken Harvey’s custom top-tension Mastertone was likely designed to complement the formal evening wear in which he usually performed.  The case for #770-1, for the most part a standard #522 hardshell case with silk plush lining, was also designated “special” in the shipping ledgers and is fitted with heavy-duty latches, apparently intended to withstand the rigors of Harvey’s extensive transcontinental travel.  This one-of-a-kind prewar Mastertone is now equipped with a five-string Randy Wood neck which faithfully replicates the original plectrum neck.