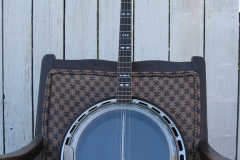 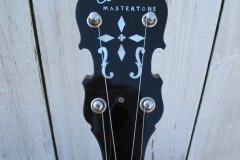 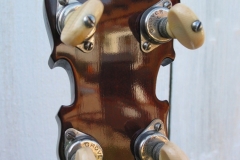 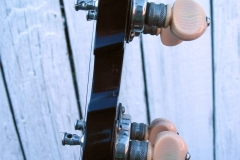 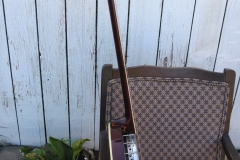 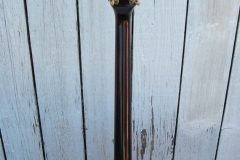 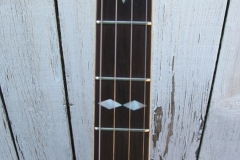 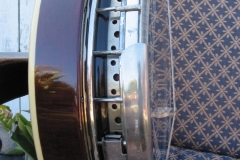 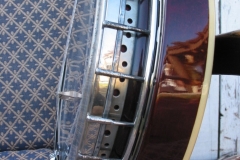 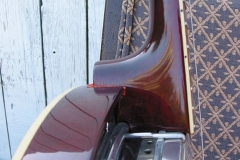 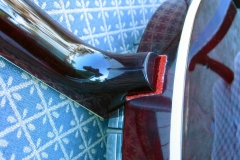 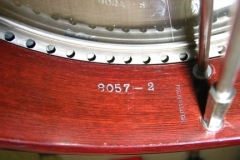 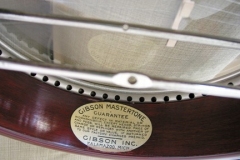 After going through a series of less-than-successful designs in the late teens and early twenties, Gibson finally made a strong entry into the banjo market with the introduction of its Mastertone line in 1925.  The lowest-priced model in the Gibson Mastertone line was the style 3, seen here in a plectrum model.  This example is in original condition with the exception of a replaced tailpiece and a refinished neck and resonator.  The tone ring is the ball-bearing type used in the earliest Mastertones; two features unique to 1925 are the holes in the outer skirt of the tone ring and the inlaying of “Mastertone” in small individual letters on the pehgead rather than in a mother-of-pearl block on the fingerboard (see PB-3 Mastertone #8262-11, the “Ray Mills”).