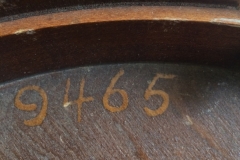 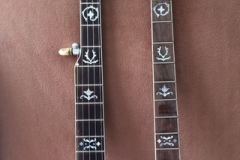 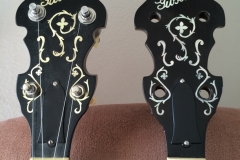 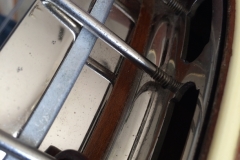 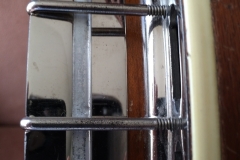 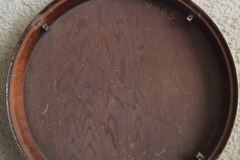 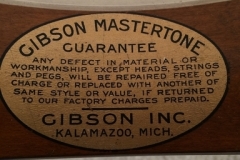 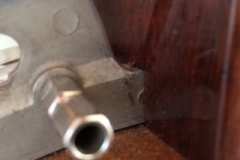 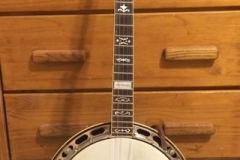 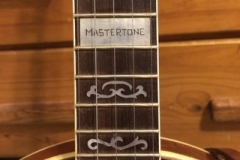 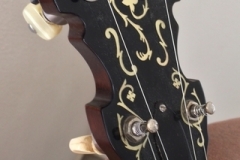 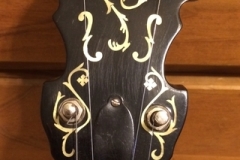 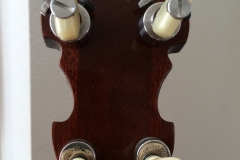 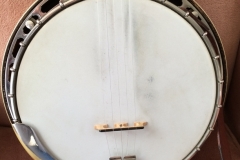 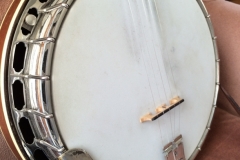 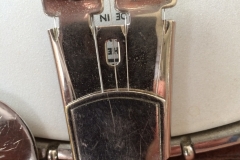 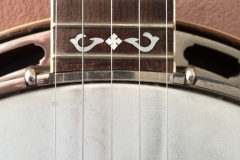 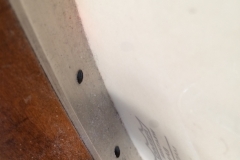 #9524-17 (see Gibson banjo serial numbers vs. factory order numbers) is a 1930 Mastertone plectrum which is now equipped with a five-string neck by Jim Grainger of Sparta, Tennessee.  The original resonator and flange were broken at some point; the banjo is now equipped with a replacement prewar flange and a resonator from TB-3 #9465-5.  The tailpiece is an original five-string prewar Presto.  The original twenty-hole flathead tone ring weighs three pounds, two ounces.  This banjo is one of a very small number of style 3 Mastertones from this period featuring the intricate “wreath” inlay pattern which had been standard on the gold-plated, engraved style 5 Mastertone of the 1920s; style 5 had just been discontinued and Gibson used up their surplus wreath inlays on these small runs of style 3 banjos.