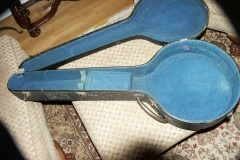 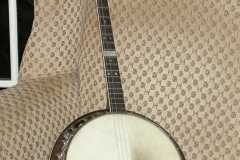 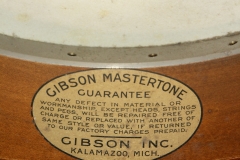 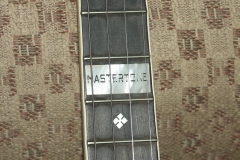 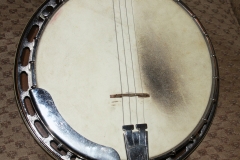 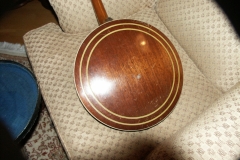 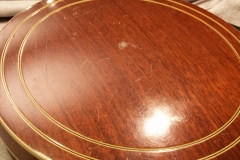 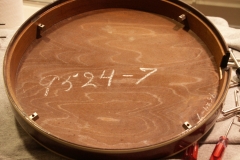 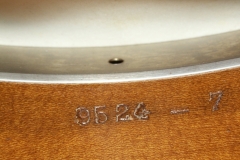 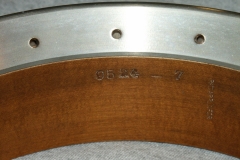 This banjo would have left the factory as a 1930 PB-3 Mastertone with wreath inlays, identical to its “littermates” PB-3 Mastertone #9524-25 and PB-3 Mastertone #9524-27 (see Gibson banjo serial numbers vs. factory order numbers).  Somewhere along the way, however, the banjo’s plectrum neck was replaced with a neck from a Kay tenor banjo.  The Mastertone block and the diamond pieces from the wreath inlay pattern were salvaged from the plectrum neck and inlaid in the tenor fingerboard; the Gibson logo was removed from the peghead of the plectrum neck and inlaid on the back of the tenor peghead.  The Grover tuners were also transferred from the original neck and the original #521 Geib and Schaefer plectrum-length case remained with the banjo.  The pot is in excellent, original condition with a one-piece flange and twenty-hole flathead tone ring.