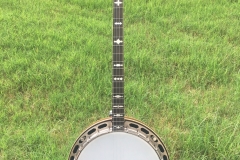 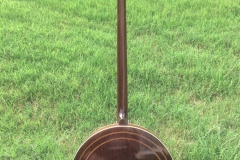 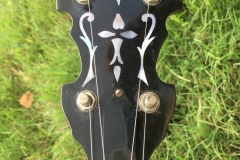 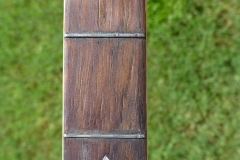 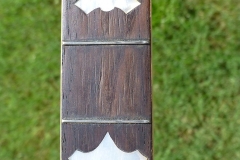 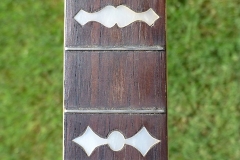 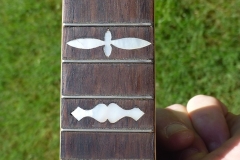 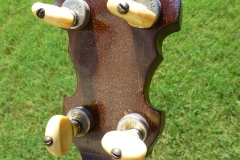 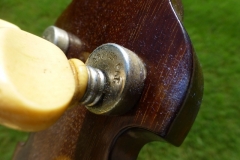 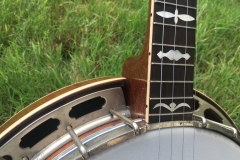 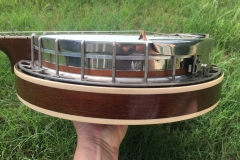 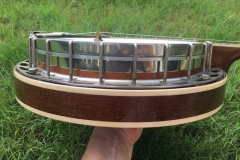 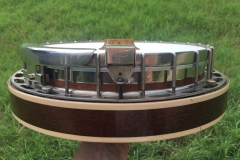 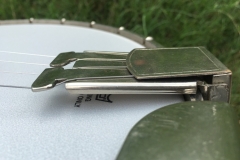 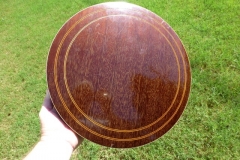 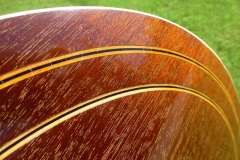 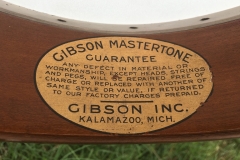 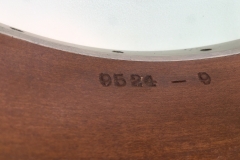 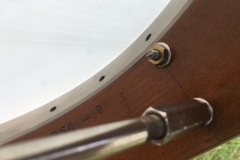 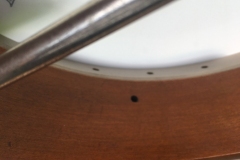 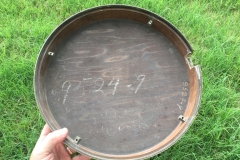 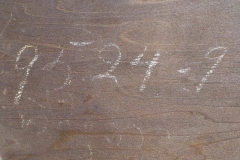 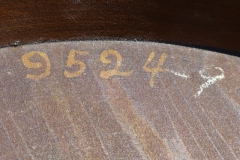 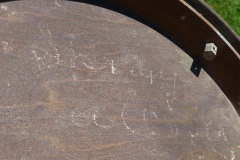 As with most plectrum and five-string Mastertones of the 1930s, the tone ring is a twenty-hole flathead type; the weight of this tone ring is an even three pounds. #9524-9 features a first-generation pot-metal flange by Doehler Die Casting with a corresponding “fat rim”. A factory notation in chalk inside the resonator reads “spray all over”, indicating that the resonator needed an additional coat of lacquer; this extra coat would not be the last this resonator would see, since both it and the neck were later subjected to an aftermarket refinish. For reasons unknown, the upper coordinator rod is missing. A hole in the rim would have provided access for a an armrest-activated mute, although the armrest currently on the banjo is a standard one-piece 1930s type. A thin maple strip was applied on the outside edge of the rim at the factory to ensure a snug flange fit.

#9524-9 retains the original finish on its rim and all original hardware with the exception of the upper coordinator rod; it is housed in its original #522 plush-lined “red-line” case by Geib and Schaefer. This banjo was previously owned by Larry Phillips (March 14, 1947–July 22, 2015) of Bartonville, Illinois, who was a Vietnam veteran and Purple Heart recipient.