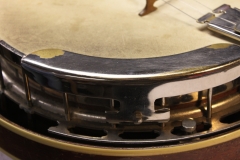 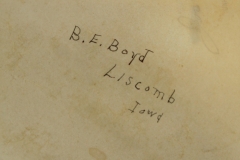 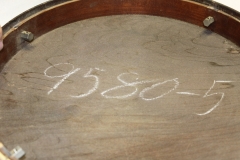 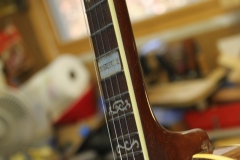 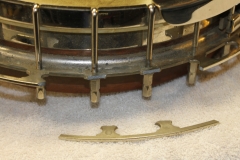 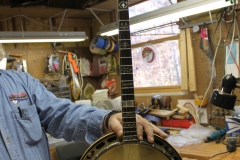 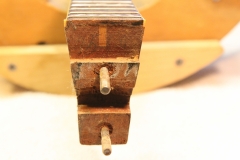 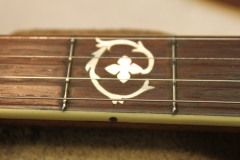 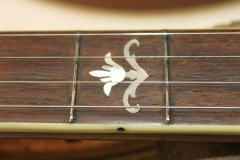 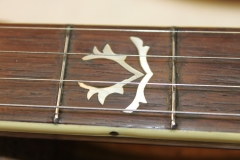 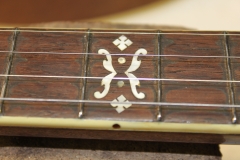 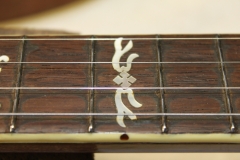 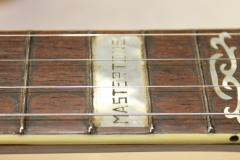 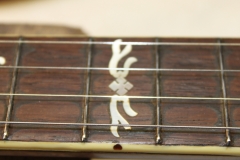 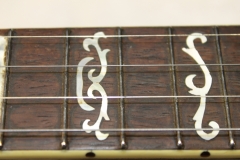 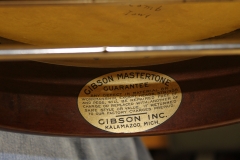 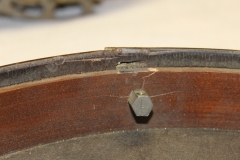 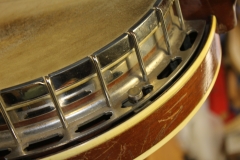 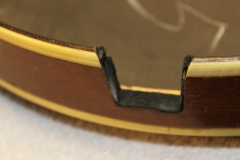 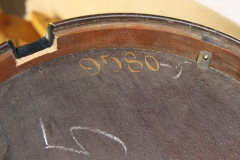 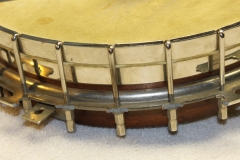 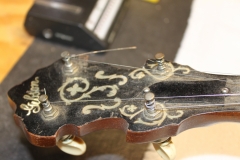 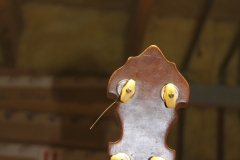 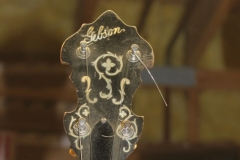 #9580-5 (see Gibson banjo serial numbers vs. factory order numbers) is a previously undocumented 1930 Mastertone plectrum which, until early in 2010, had spent its entire life in the small town of Liscomb, Iowa.  This banjo is one of a very small number of style 3 Mastertones from this period featuring the intricate “wreath” inlay pattern which had been standard on the gold-plated, engraved style 5 Mastertone of the 1920s.  Style 5 had just been discontinued and Gibson used up their surplus wreath inlays on these small runs of style 3 banjos.

I’ve created a separate page documenting the disassembly, cleaning, and reassembly of this banjo by luthier Mark Bramlett.