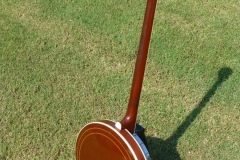 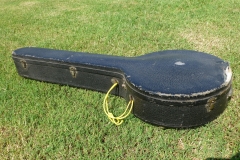 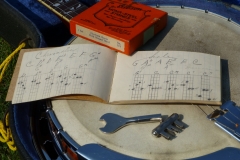 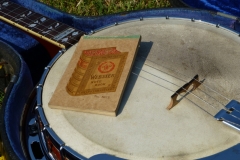 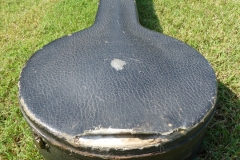 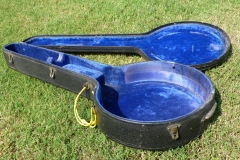 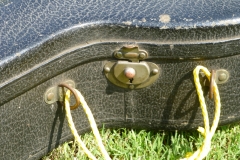 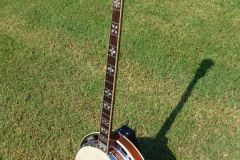 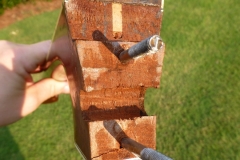 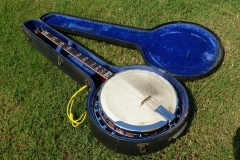 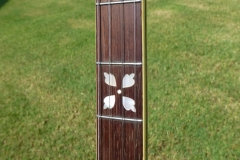 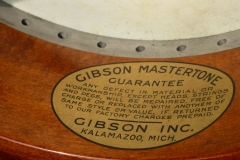 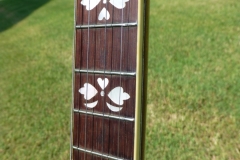 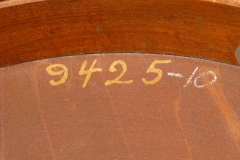 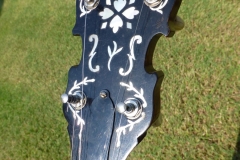 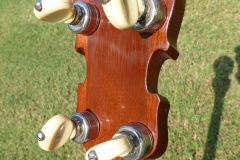 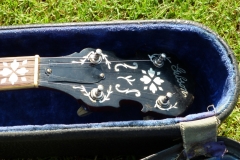 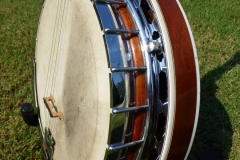 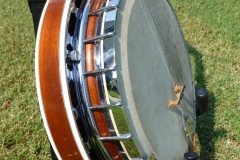 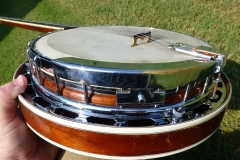 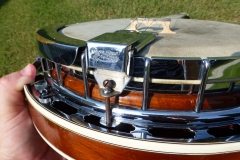 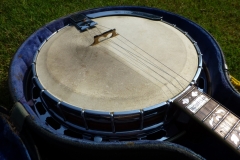 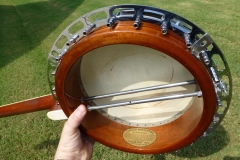 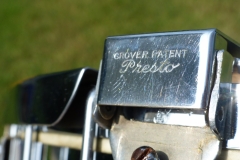 “If you have not yet taken up the plectrum”, declared one prewar Gibson catalog, “you are missing much in the way of musical gratification.  It will pay you to investigate the possibilities of this marvelous instrument for yourself.”  Despite Gibson’s attempts to create enthusiasm for the plectrum banjo, it never approached the tenor banjo in popularity and plectrum-necked examples of all prewar Gibson banjos are rare.  #9425-10 (see Gibson banjo serial numbers vs. factory order numbers) is even rarer since style 4 banjos, costing fifty dollars more than the entry-level Mastertone (style 3) but only fifty dollars less than the gold-plated, engraved Granada, were also slow sellers throughout the prewar period.  Gibson historian Joe Spann estimates the total production of style 4 plectrum banjos with two-piece flange and archtop tone ring at eleven units.

This 1929 example is the only known plectrum in a lot otherwise consisting of tenors, and is quite likely the last 1920s-style PB-4 produced.  #9425-10 can be considered a transitional example as the chrome-plated hardware, “two-band” Grover tuners, and “full” hearts and flowers fingerboard pattern, with inlays at the first and fifteenth frets, are all characteristics more commonly seen in the one-piece-flange walnut PB-4s which went into production later in 1929.

This banjo remains in excellent original condition with its #522 plush-lined Masterkraft case by Geib and Shaefer.