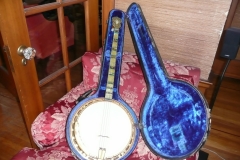 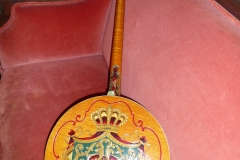 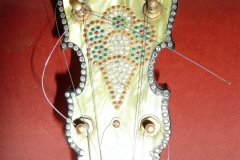 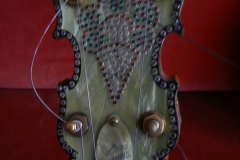 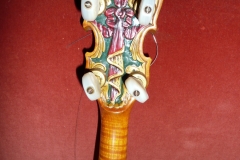 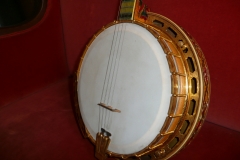 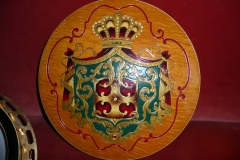 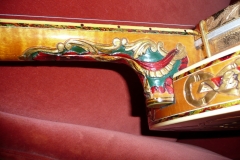 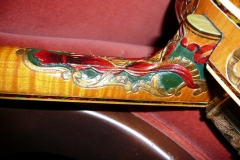 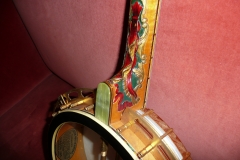 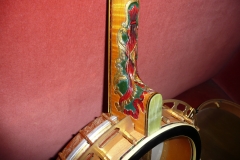 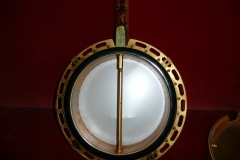 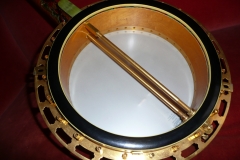 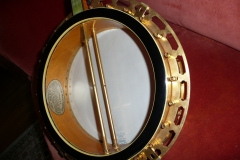 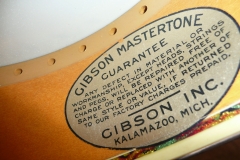 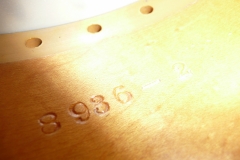 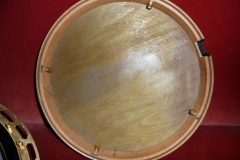 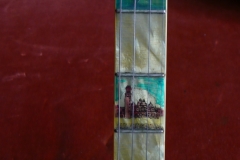 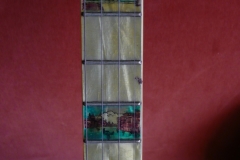 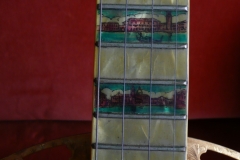 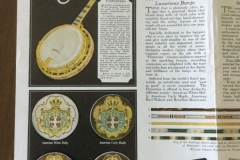 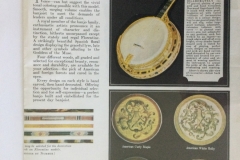 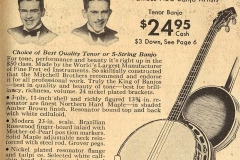 In 1928, five plectrum Florentines were ordered by professional banjoists and Gibson endorsers John Mitchell (1899-1981) and Bill Mitchell (1901-1965) who, as the the Mitchell Brothers, were noted performers on the B.F. Keith Circuit of vaudeville theaters in the United States and Canada and also recorded for Victor.  In the 1930s they teamed up with early country singer/songwriter Carson Robison and did three tours of England were, according to a 1958 newspaper article, “they found themselves celebrities, whisked off to the ‘stately homes’ tucked under ermine lap robes in Rolls Royces.”  The Mitchell Brothers’ Florentines were factory order numbers #8936-1, #8936-2, #8936-3, and #8936-4, all of which they used in their performances, as well as #8936-5, which was ordered for their younger brother Baker Mitchell (1909-1984).

#8936-2, seen here, conforms to standard specifications for a plectrum Florentine in curly maple, including gold plating, engraving, embossed/carved and painted designs on the neck and resonator, hand-painted scenes of Venice on the pearloid fingerboard, and a pearloid peghead overlay with rhinestones in a design known to players and collectors as the “ice cream cone”, as well as rhinestones spelling out “Gibson”; the neck and resonator feature multicolored “Christmas tree” binding.  As also seen on PB-Florentine Mastertone #8936-1 and PB-Florentine Mastertone #8936-5, the truss-rod cover features the factory personalization “Mitchell Brothers”.

The Mitchell Brothers were pictured in Gibson’s full-color catalog spread featuring the top-of-the-line Bella Voce and Florentine models, and also endorsed a budget-level banjo made by Gibson for sale in the Montgomery Ward mail-order catalog in 1938.