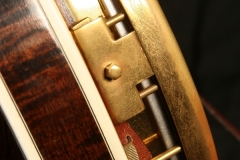 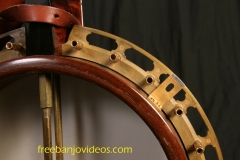 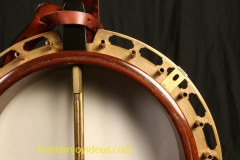 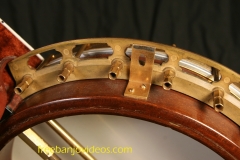 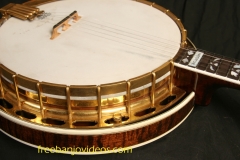 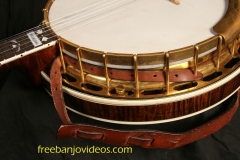 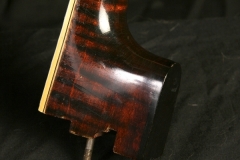 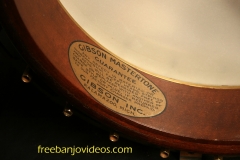 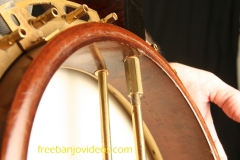 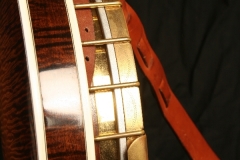 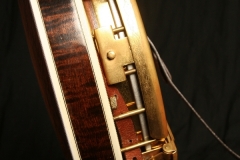 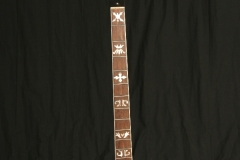 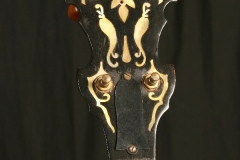 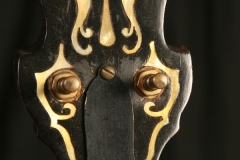 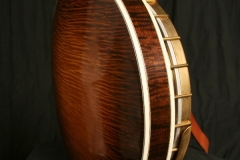 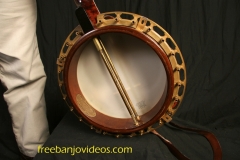 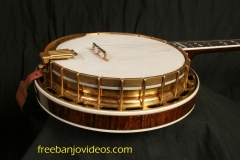 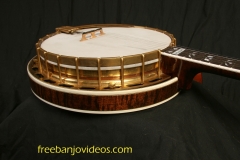 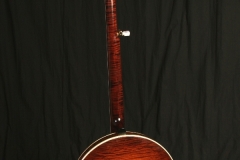 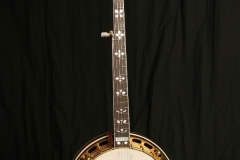 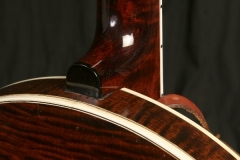 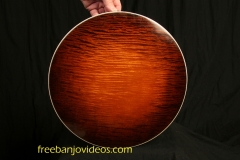 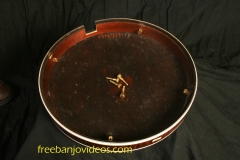 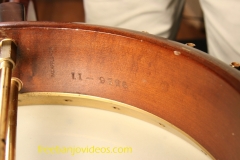 Gibson’s 1930 catalog called the Granada plectrum “a gold banjo of proven success.”  The majority of 1930s Granadas were tenors and came with forty-hole archtop tone rings; circa 1929, however, Gibson started equipping some Mastertone banjos, typically plectrums and five-strings, with the new flathead tone ring which, according to Gibson catalogs of the period, provided greater “twang and sweetness” for plectrum and five-string scale length and tuning.  #9526-11(see Gibson banjo serial numbers vs. factory order numbers), formerly in the collection of Akira Tsumura, is one such banjo and has an original high-profile twenty-hole flathead tone ring with an uncut Mastertone label.  All hardware is in excellent condition including the flange, which often shows disintegration on Granadas of the period due to interaction between the pot metal and gold plating.

The two-piece armrest is engraved with the pattern used on style 5 banjos of the 1920s and is likely original to the banjo.  The resonator bears the factory order number 9470-13; lot #9470 consisted of TB-Granadas, and it is not known whether #9526-11 left the Gibson factory with this resonator or whether the resonator was changed at a later date.  This banjo is currently set up with a five-string neck by Frank Neat; the original plectrum neck is inlaid with the flying eagle pattern and the tuners are two-band Grovers with large amber buttons.