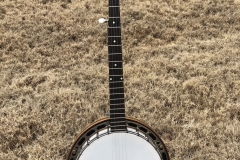 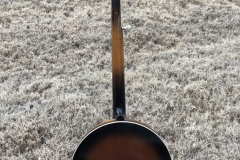 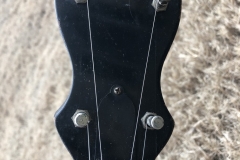 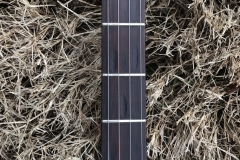 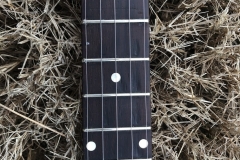 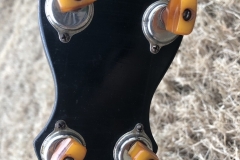 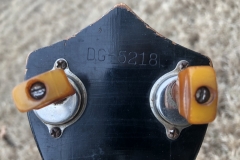 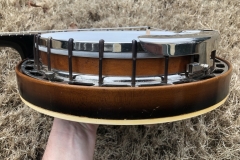 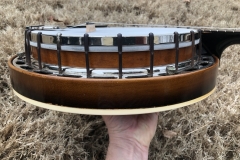 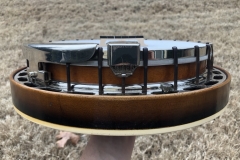 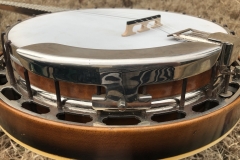 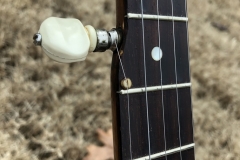 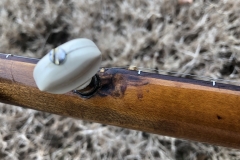 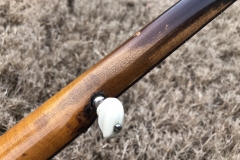 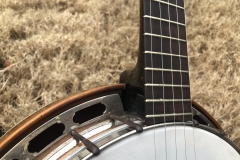 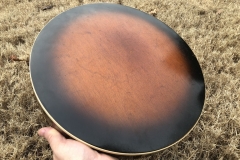 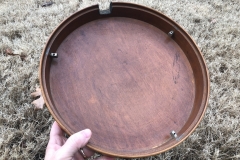 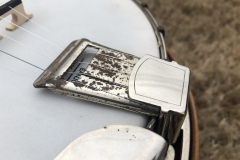 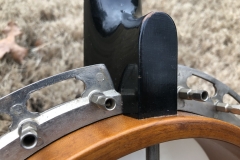 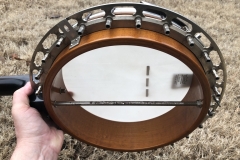 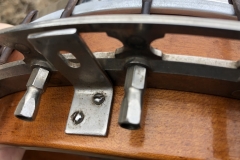 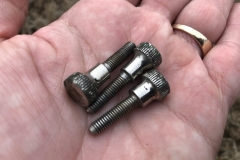 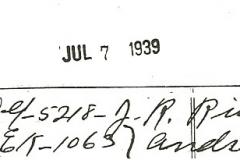 “So that anyone may own a genuine Gibson regular banjo, we have created this fine model for only $27.50”, said the 1937 Gibson catalog of the RB-00. Introduced circa 1935 and in production through World War II, style 00 was the least expensive banjo bearing the Gibson name in the 1930s and early 1940s.  A thinner maple rim, no tone ring, lighter-gauge hardware, plain dot inlays in an unbound fingerboard, and a silkscreened, rather than mother-of-pearl, peghead logo allowed Gibson to produce this model at an extremely low price while retaining the adjustable truss rod which separated Gibson-brand instruments from the company’s budget-brand offerings.

#DG-5218 (see Gibson banjo serial numbers vs. factory order numbers) was shipped on July 7, 1939 to a J.R. Rumley.  Gibson’s shipping ledger gives no location for J.R. Rumley, but this banjo is known to have been in North Carolina since the late 1940s.  It remains in original condition with the exception off a replaced tailpiece cover and a complete refret by luthier Mark Bramlett of Woodstock, Georgia; railroad spikes have been added at frets seven and nine.  The peghead tuners are the original Klusons with Catalin buttons, while the friction fifth-string peg features an ivoroid button.

The following videos and sound files demonstrate just how good a properly set up RB-00 can sound in its unaltered configuration with no tone ring and a 1/2″ rim.