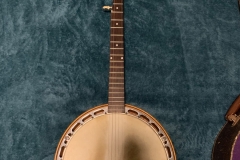 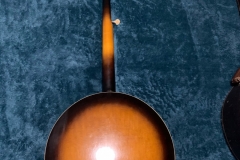 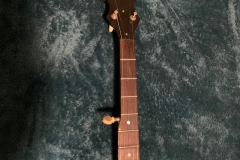 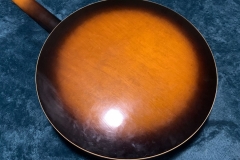 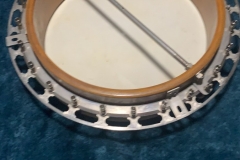 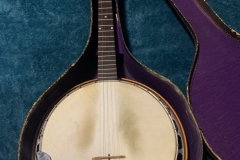 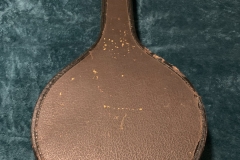 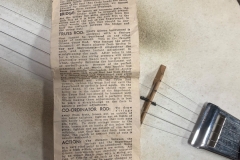 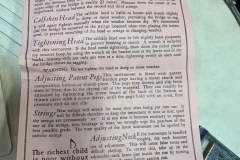 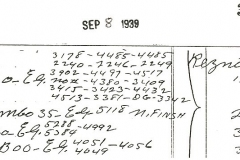 “So that anyone may own a genuine Gibson regular banjo, we have created this fine model for only $27.50”, said the 1937 Gibson catalog of the RB-00. Introduced circa 1935 and in production through World War II, style 00 was the least expensive banjo bearing the Gibson name in the 1930s and early 1940s.  A thinner maple rim, no tone ring, lighter-gauge hardware, plain dot inlays in an unbound fingerboard, and a silkscreened, rather than mother-of-pearl, peghead logo allowed Gibson to produce this model at an extremely low price while retaining the adjustable truss rod which separated Gibson-brand instruments from the company’s budget-brand offerings.