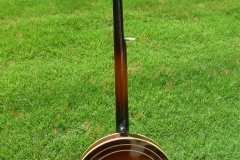 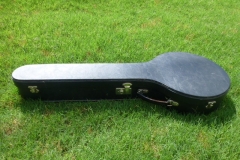 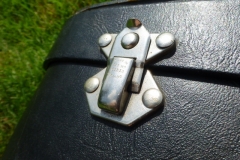 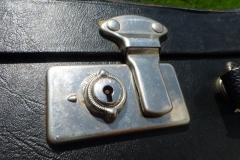 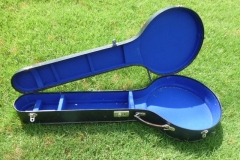 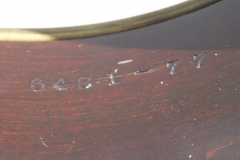 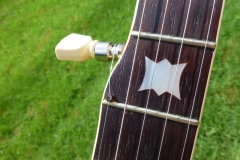 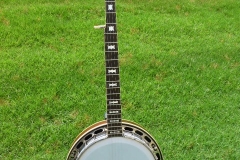 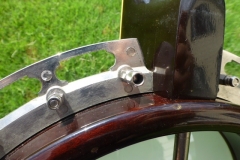 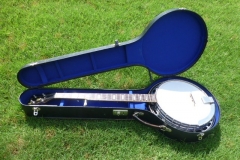 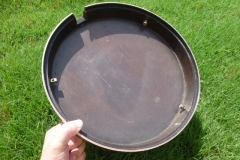 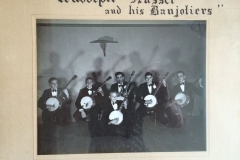 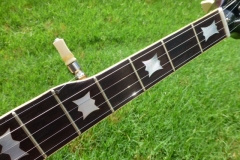 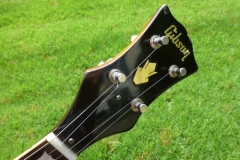 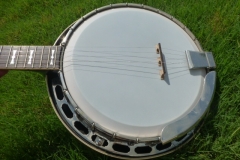 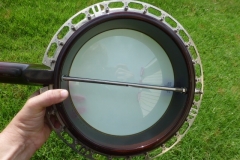 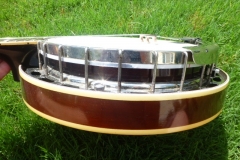 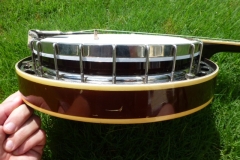 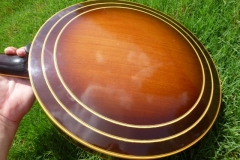 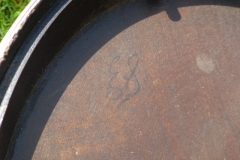 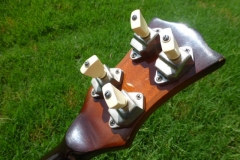 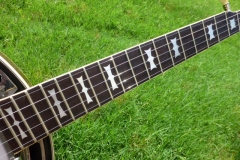 After the hiatus caused by World War II, Gibson resumed banjo production in 1948 with two models, both non-Mastertones.  Style 100 was a budget-model instrument whose lineage could be traced to the prewar style 00; style 150 was essentially the same banjo but was dressed up with most of the same cosmetic appointments (with the exception of a Mastertone block and a bound peghead) that would be seen on the first postwar Mastertone model, style 250, upon its introduction in 1954.  Style 150 was only produced through 1958, making it one of the rarer postwar Gibson banjo models.

Gibson historian Joe Spann estimates that RB-150 #6481-77 was produced in late 1952 or early 1953; its longtime (and likely original) owner was South African musician John Herbert Knight.  While Gibson shipping ledgers for this period are not available, the original retailer of this banjo was almost certainly H. Polliack and Co., Ltd., who had been one of the company’s primary overseas dealers in the 1930s and early 1940s.  Gibson’s last banjo shipment to Polliack before the United States’ entry into World War II occurred on October 15, 1941; surviving shipping ledgers show that banjo shipments to Polliack resumed on May 4, 1951 with an order of twelve RB-100s and twelve RB-150s.

John Herbert Knight was a student of noted South African banjoist Charlie Macrow and is pictured above, second from the right, with Rudolph Nasser and His Banjoliers in Johannesburg circa 1940.  While Knight is not playing a Gibson banjo in this photograph, the two men on the left are both playing 1930s style 1 plectrum banjos, which were shipped to Polliack in large numbers.

#6481-77 remains in excellent condition and retains all its original components with the exception of replaced tuner buttons; the hardshell case is not the type used by Gibson but may well have been supplied with the banjo by Polliack.