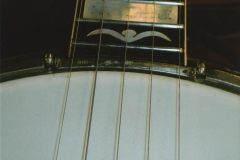 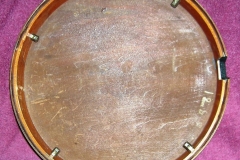 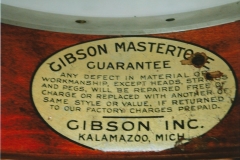 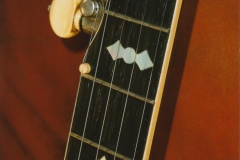 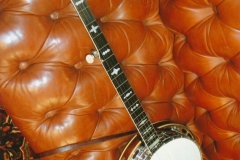 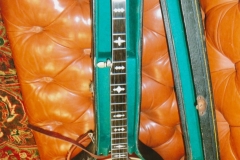 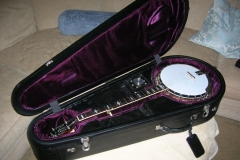 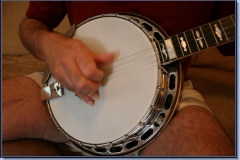 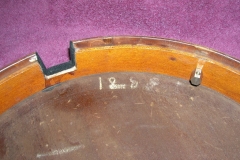 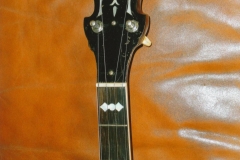 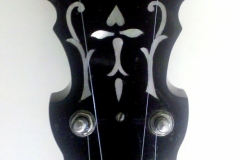 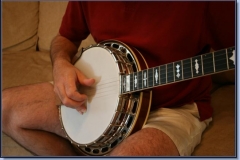 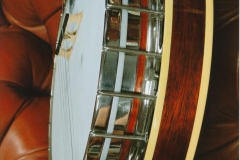 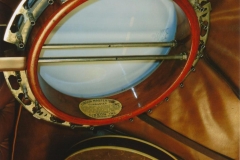 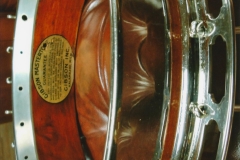 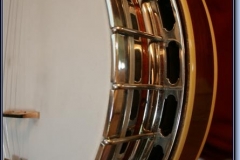 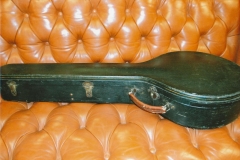 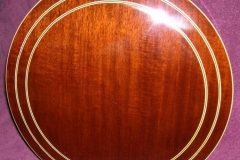 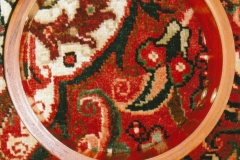 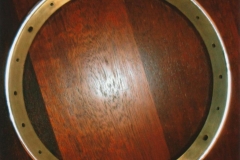 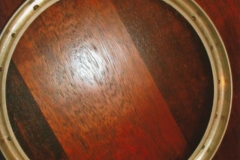 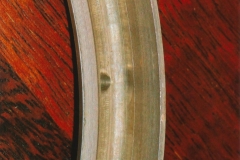 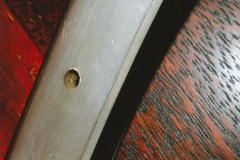 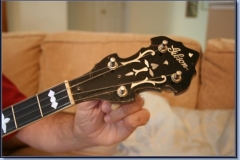 Who better to tell us about this beautiful original five-string flathead RB-3 than its happy anonymous owner?

“This banjo was originally shipped on May 28, 1937 to H. Polliack & Company, Ltd. in Johannesburg, South Africa.  It was repatriated to the good old U.S.A in 2010.  It has a littermate which was shipped on the same day (#1288-2) which still resides in South Africa.

The neck and resonator of the banjo have been refinished since its return to America.  The only other major issue is that several of the holes in the tone ring have been drilled out; evidently that familiar phenomenon is not limited to the the U.S.A.  A set of Christmas tree lights was installed in the pot (possibly at the factory) and consequently a small hole was drilled through the rim for the electric cord.

The banjo is a tone monster, VERY loud and even all the way up and down the neck.”

Check out the following sound samples!

Photos and sound samples courtesy of an anonymous player.