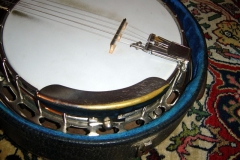 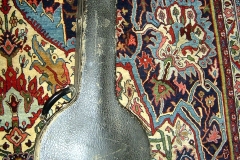 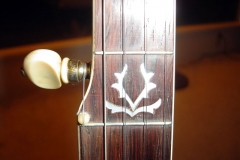 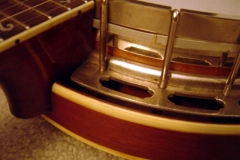 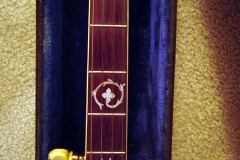 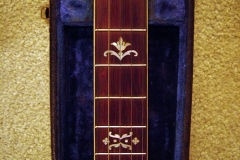 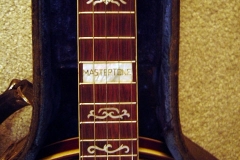 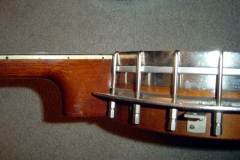 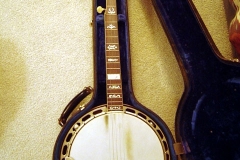 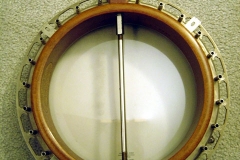 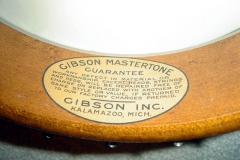 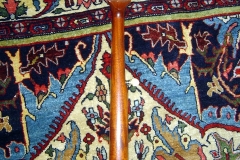 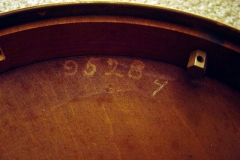 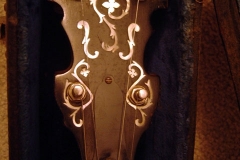 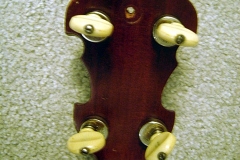 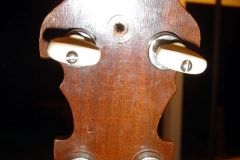 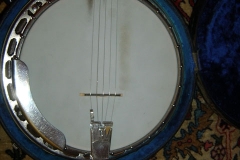 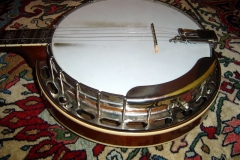 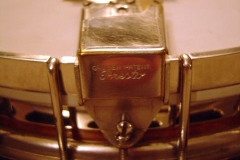 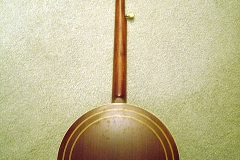 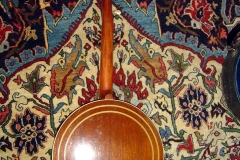 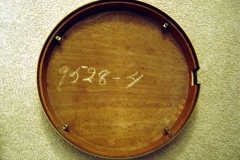 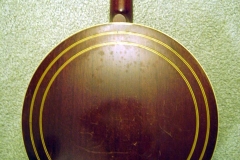 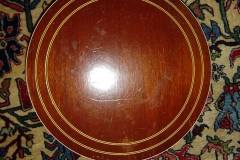 This is one of the most sought-after of all prewar Gibson banjos—an original flathead five-string RB-3 Mastertone with a one-piece flange and the rare wreath inlay pattern.  The majority of 1930s style 3 banjos had leaves and bows inlays, while a few featured the flying eagle pattern and a handful were made with the wreath pattern.  It has been speculated that this small run of wreath-inlay style 3s was prompted by Gibson’s desire to use up inlays left over after the discontinuation of style 5, on which wreath inlays had been standard.   Early Monroe banjo player Rudy Lyle played an RB-3 identical to this one.

Aside from the inlays and tone ring, this banjo conforms to standard catalog specifications for the style 3 of the period.  The wood is mahogany, with two white/black/white purfling rings on the back of the resonator and single white binding.  The hardware is nickel-plated and the tailpiece is the original Grover Presto.  The first, second, third and fourth string tuners are Grovers, while the fifth-string peg is the original friction type.  The rim is three-ply maple with a high-profile twenty-hole flathead tone ring.  The peghead is double-cut.