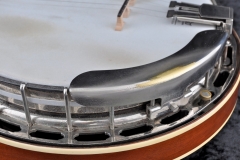 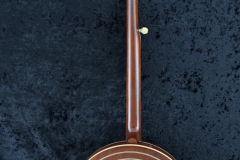 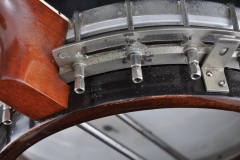 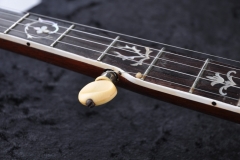 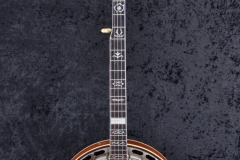 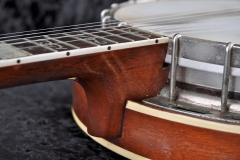 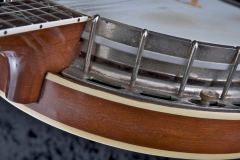 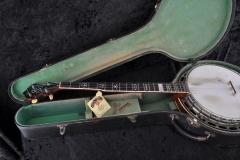 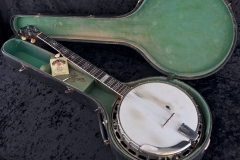 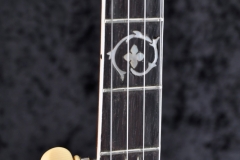 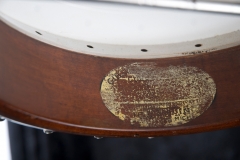 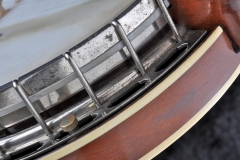 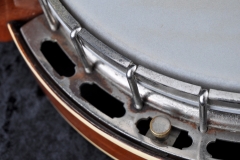 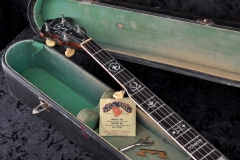 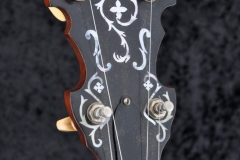 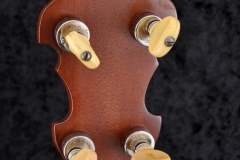 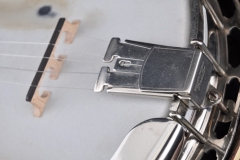 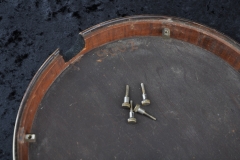 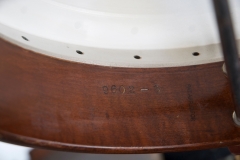 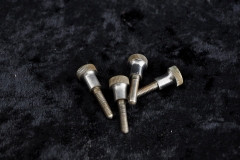 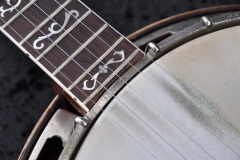 Gibson’s catalog for 1930, the year #9602-6 was manufactured, touted the RB-3 as having “tone of recording quality” and “volume more than ample for all playing conditions”, and as being “unusually responsive, beautifully finished, and corresponding in all details to the Model TB-3 Tenor Banjo.”  Not until Catalog W of 1934 would company literature point out an important feature it had actually introduced as standard equipment on five-string and plectrum Mastertones beginning in 1929:  the flathead tone ring, seen on #9602-6.  Catalog W explained that “the special rim construction on Gibson plectrum and 5 string banjos assures players sweeter tone and greater volume.”

The flathead tone ring was a key element in the bluegrass banjo sound as pioneered on these instruments by early players such as Snuffy Jenkins, Earl Scruggs, Don Reno, Sonny Osborne, and Rudy Lyle.  #9602-6 (see Gibson banjo serial numbers vs. factory order numbers) is one of a very small number of 1930s style 3 Mastertones featuring the ornate wreath inlay pattern which had been standard on the much fancier style 5 of the 1920s (see PB-5 Mastertone #8109-6, the “Charles Earle Funk III“).  This example has been completely refinished, resulting in damage to the Mastertone decal, but otherwise remains in original condition including its #521 hardshell case by Geib and Schaefer.

Photos by Steve Huber, courtesy of an anonymous collector.