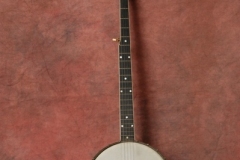 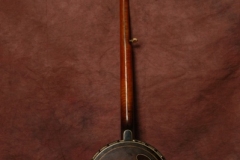 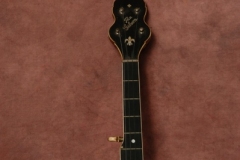 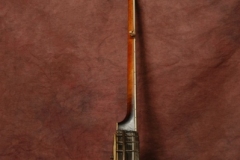 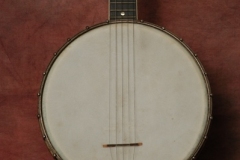 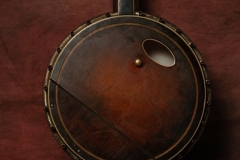 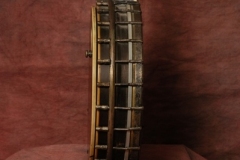 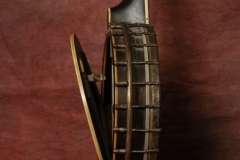 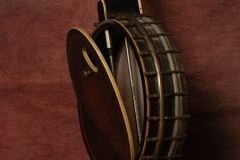 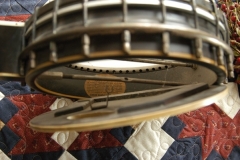 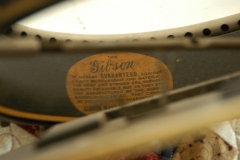 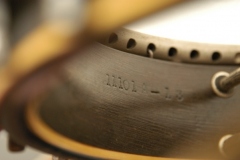 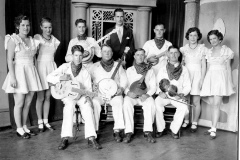 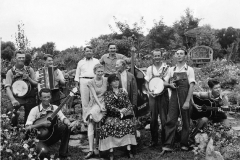 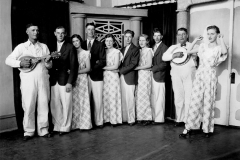 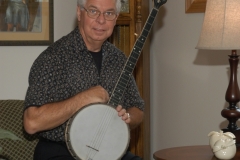 One of Gibson’s earliest banjo designs has become known to players as the “trap door”, after the hinged back that could be opened for greater volume.  At the time this example was made in the early 1920s, the RB-4 was the fanciest five-string offered by Gibson.  The finish is the “Cremona” sunburst used on Gibson’s mandolins of the period; the peghead is the “mocassin” shape with a fleur-de-lis inlay; the hardware is silver plated and the tone ring is a simple perforated tube similar to that used on the ball-bearing Mastertones introduced in 1925.

This banjo was owned and played for many years by Tal Brown, originally of Yadkinville, North Carolina.  Mr. Brown’s grandson Tom, shown in the color photograph above with the banjo, tells us, “. . . both my dad and granddad played in a band called ‘The Blue Ridge Mountaineers’.  They originated out of North Carolina but moved to the Iowa area years ago and continued to play here and all over the U.S.”  Tal Brown is shown in the first of three period photographs above seated with a different banjo, standing in white shirt in the second photo, and standing in the the third photo, again with a banjo other than the RB-4.  Mr. Brown’s son Davis (seated with fiddle in the first period photo above) was the owner of RB-75 #F906-2.