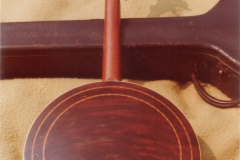 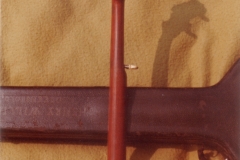 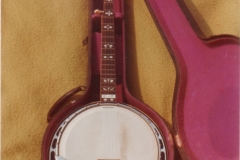 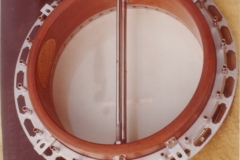 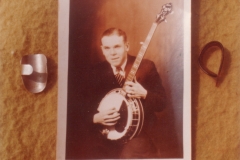 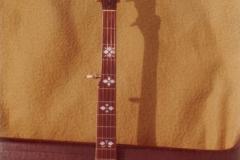 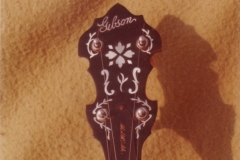 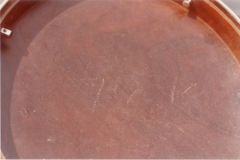 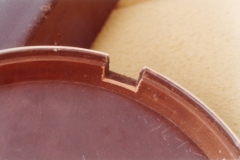 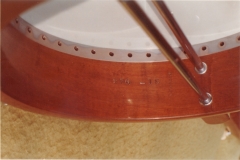 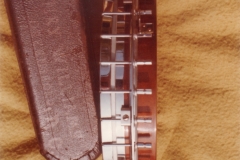 “Richly figured burl walnut–pearl inlays–sparkling Chromium plating–all are offered you in this musical treat, but above all, volume and tonal coloring to stir the pride of any player.”  This was what Gibson’s Catalog “U” of 1932 had to say about the RB-4; not long after, this beautiful example was sold to musician Henry Williams of Greensboro, North Carolina.  Gibson’s banjo production of the 1930s, like that of other makers, consisted overwhelmingly of the tenor banjos then popular in Dixieland combos and jazz bands; five-strings (“regular banjos” in Gibson’s model nomenclature) were in virtually no demand outside the rural south.  #276-18 (see Gibson banjo serial numbers vs. factory order numbers) is especially unusual in that it features a forty-hole archtop tone ring even though Gibson was, by this time, normally equipping their five-string (and plectrum) Mastertone banjos with flathead tone rings.

Former owner John Bowles remembers, “It was the first old Gibson that I ever had, and I still remember how excited I was on my way home with it.  I think it was around 1974 that I bought it from Mr. Williams.  He lived just across the Virginia line near Martinsville when I bought it.”