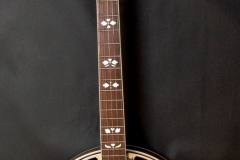 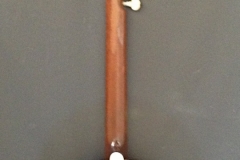 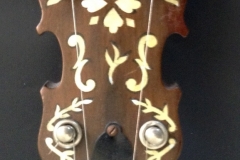 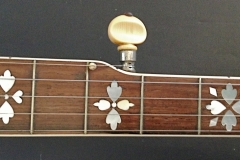 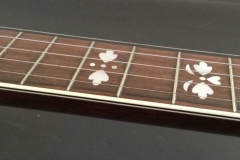 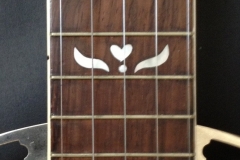 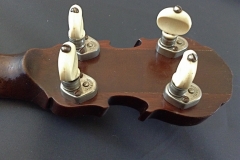 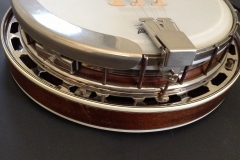 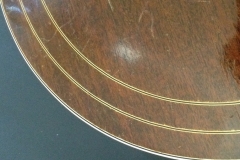 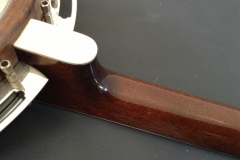 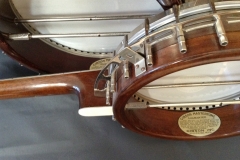 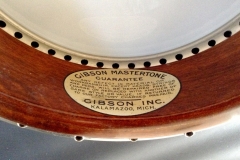 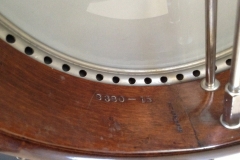 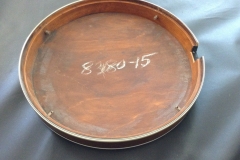 The style 4 Mastertone, priced only slightly less than the gold-plated, engraved Granada, never sold in great numbers; original five-string versions are particularly rare.  #8380-15 (see Gibson banjo serial numbers vs. factory order numbers) dates to 1926, the second year of production for Gibson’s Mastertone line of professional quality banjos.  In 1925 and 1926 only, the model featured a tube-and-plate flange with a ball-bearing tone ring.  This example features the word “Mastertone” inlaid in small individual letters on the peghead, a characteristic usually associated with 1925 production.

#8380-15 remains in fully original, excellent condition, including its friction fifth-string peg.  Some components originally produced for a would-be littermate to this banjo, #8380-2, remained at the factory until 1928 when they were used to assemble RB-4 Mastertone #8914-4, the “Cecil George”.