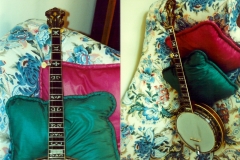 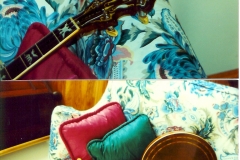 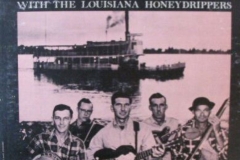 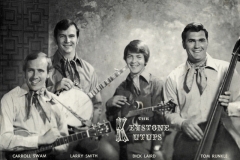 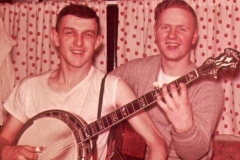 Gibson’s 1930 catalog proclaimed that “The aristocratic Five-String Banjo has rightfully been called the instrument with a ‘soul’–the fore-runner of all banjos, it has lost none of its popularity in years of use but instead has found steadily increased favor amongst musicians the world over”.  Despite Gibson’s enthusiastic prose, the fact was that the five-string “regular banjo” had fallen in popularity ever since the introduction of the tenor banjo in the 1910s; by 1930 the tenor banjo itself was being supplanted by the guitar.  Five-string banjos of any kind were slow movers by this time, and the market for higher-end Mastertone five-strings such as the RB-4 was practically nonexistent.

The RB-4 was, according to Gibson, “richly apparelled (sic)” and offered “(m)ore volume and tonal coloring than heretofore associated with the five-string banjo”.  The specifications of the style 4 Mastertone included “beautiful, compelling, Burl Walnut–hand-rubbed to the point of sparkling iridescence” and “(a)ll metal parts Chromium plated, the best wearing plate known to science”; the price was $150.

#9474-3 (see Gibson banjo serial numbers vs. factory order numbers) was produced circa 1929 in the first lot of five-string style 4 banjos to feature the new one-piece flange construction.  Another new Gibson innovation found in this example is the flathead tone ring which would be used on plectrum and five-string Mastertones through the cessation of banjo production during World War II; the tone ring in #9474-3 is one of a few early examples with no holes rather than the twenty holes typically found on later rings.

#9474-3 appears in Gibson’s shipping ledger for November 17, 1938.  The extant Gibson shipping records only go back to March 1935, so this banjo may have been shipped and returned one or more times in the early 1930s.  In any event, the fact that it took this banjo nearly ten years to finally find a home underscores the lack of demand for five-string Mastertone banjos at the time.

The first documented owner of this RB-4 was Oren Jenkins, a nephew of pioneering three-finger North Carolina banjoist Snuffy Jenkins.  Both Oren and Snuffy were featured on the landmark Folkways recording “American Banjo: Three-Finger and Scruggs Style“, now recognized as the first bluegrass LP.  From Jenkins the banjo passed to Jim Smoak (pictured above with an unknown friend and with his later band The Louisiana Honeydrippers), who recorded with it as a member of Bill Monroe‘s Blue Grass Boys on such 1950s tracks as “Close By” and “Put My Little Shoes Away”.  Its next owners were Chris Warner, who used it while a member of Jimmy Martin‘s band, and Larry Smith, pictured above in a 1970s photo with The Keystone Kutups.  While in Chris Warner’s possession, the damaged original neck was replaced with a reproduction neck by Randy Wood.

Thanks to Keith McGreggor, Frank Schoepf, and Joe Spann for their help in piecing together the history of this rare Gibson banjo.