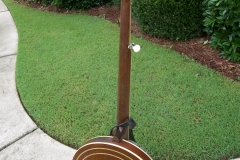 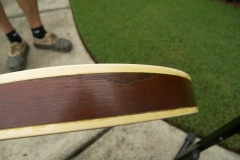 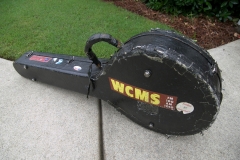 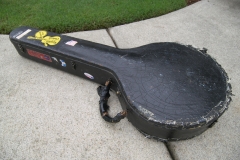 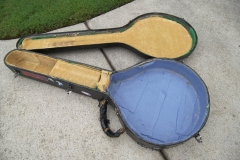 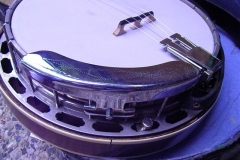 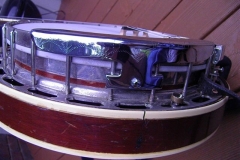 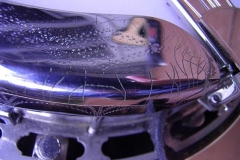 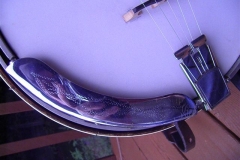 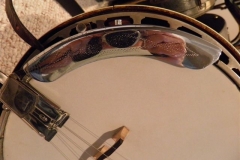 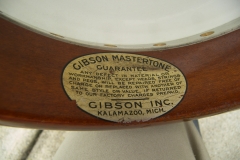 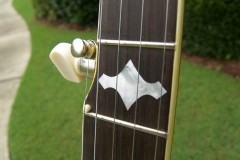 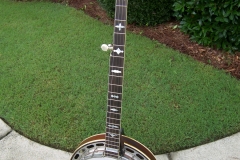 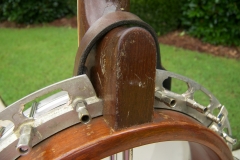 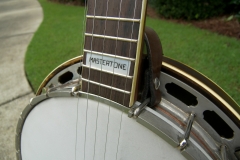 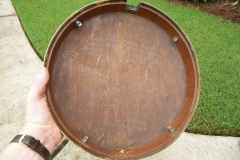 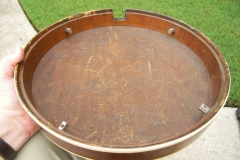 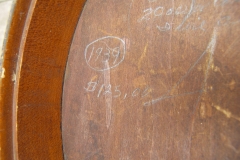 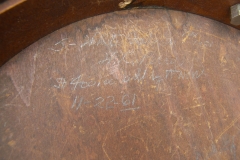 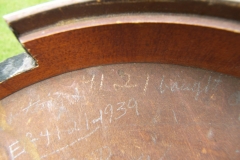 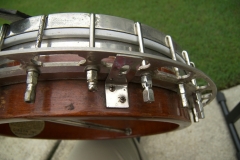 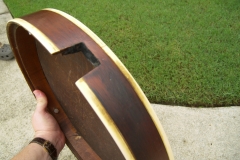 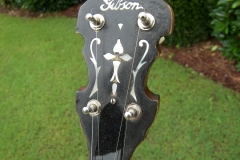 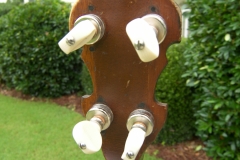 #EG-4121 (see Gibson banjo serial numbers vs. factory order numbers) was originally shipped from the Gibson factory on July 11, 1939 to the Grossman Music Company of Cleveland, Ohio.  The banjo was evidently returned unsold by Grossman and was shipped again on October 9, 1939 to the Levy-Page Company, a music store in Norfolk, Virginia; it was bought there on October 14, 1939 by William R. Perry of Newport News, Virginia.  Mr. Perry’s son recalls that “my father played that banjo every day of his life and if spirits can stay where they want, I know he will visit from time to time to keep watch over it.”

After the introduction of the three new top-tension Mastertone models in 1937, style 75 was the only conventional Mastertone remaining in production; as such, it gave Gibson an opportunity to use up surplus components from various discontinued models.  Like a small number of other style 75 banjos shipped in 1939, #EG-4121 features an original Granada-engraved armrest, seen in the last five photos above.  Even more usually, this armrest is chrome-plated while the rest of the banjo’s hardware features the standard style 75 nickel plating.

This banjo shows evidence of Mr. Perry’s extensive use over the years with enlarged tone ring holes, refinished neck and resonator, a repaired resonator crack and heel crack, replaced tuners, replacement prewar armrest, and replacement fingerboard by Frank Neat.  #EG-4121 remains in its original #521 Geib and Schaefer case, repainted and relined by Mr. Perry.  The inside of the resonator is covered in pencil notations by Mr. Perry giving the history of his ownership of the banjo.