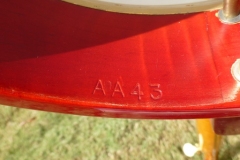 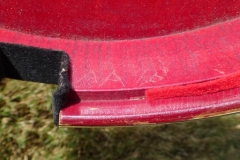 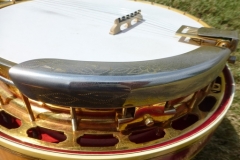 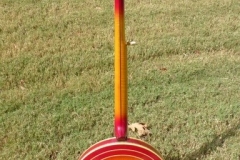 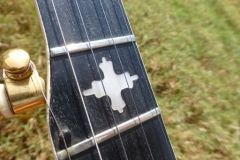 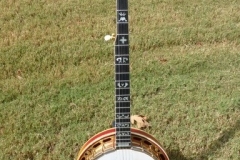 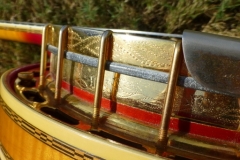 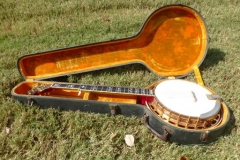 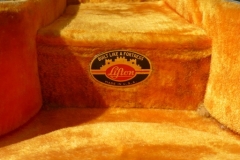 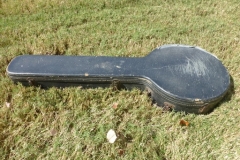 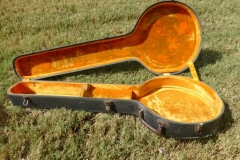 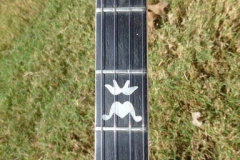 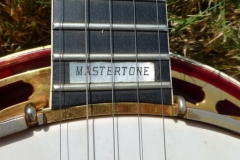 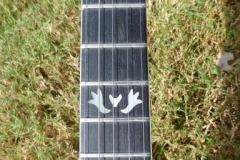 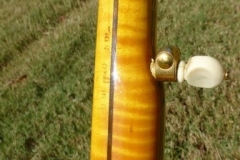 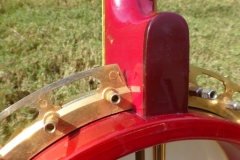 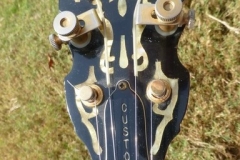 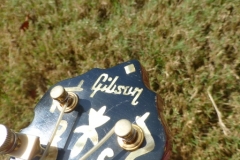 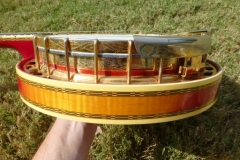 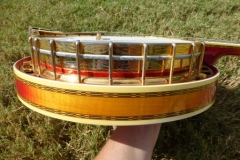 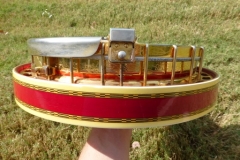 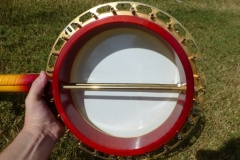 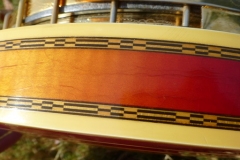 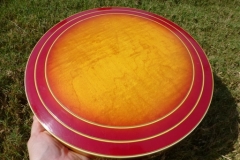 After the hiatus caused by World War II, Gibson resumed banjo production in the late 1940s with the new non-Mastertone styles 100 and 150.  The Mastertone line was revived in 1954 with the introduction of style 250; style 800 was added to the line in 1964 and was the first gold-plated, engraved Gibson banjo model of the postwar period, as well as marking the first time Gibson attempted to resurrect any of its prewar peghead shapes or inlay patterns.  #849887 dates to 1966 and remains in original condition with the exception of a replaced fifth-string tuner.  The peghead is a modified version of the “double-cut” shape of the 1930s, its extra width possibly having been intended to accommodate the cam-style Scruggs tuners, seen here, which were a factory option.  The inlay pattern is a modified version of the “flying eagle” pattern used on the gold-plated, engraved Granada of the 1930s.  The Gibson logo is the postwar block type, but in a smaller size than seen on other Gibson banjo models of the period.  The curly maple resonator and two-piece neck of this example are finished in cherry sunburst; other finish options listed on the Gibson promotional flyer seen above included Gibson sunburst, natural, Argentine gray, and burnt sienna.