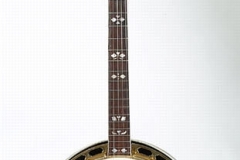 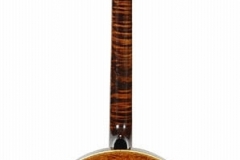 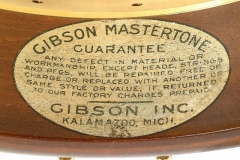 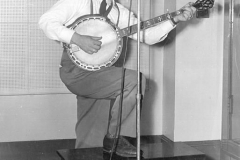 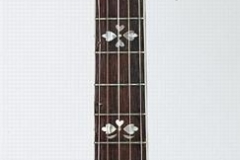 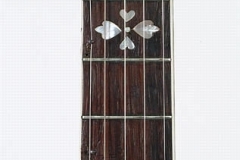 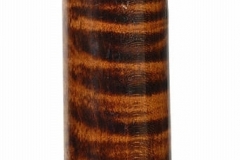 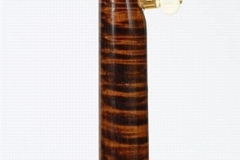 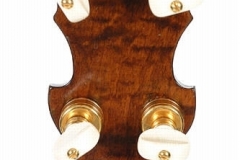 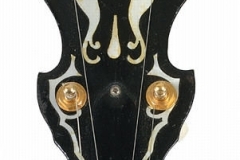 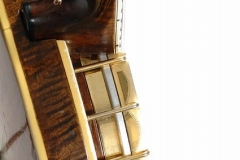 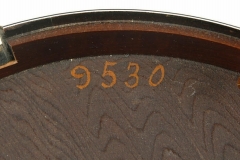 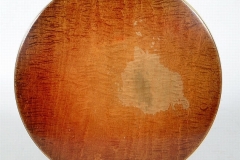 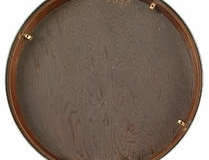 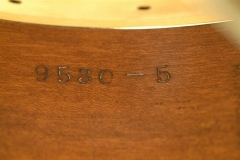 RB-Granada #9530-5 (see Gibson banjo serial numbers vs. factory order numbers) was owned for over sixty years by pioneering pre-bluegrass player Wade Mainer (April 21, 1907-September 12, 2011).  Unfortunately, the banjo was “refurbished” by Gibson in the 1960s with all hardware, including the tone ring, being replaced with the same type of hardware that was then in use on Gibson’s gold-plated, engraved RB-800 model.  In 1990, Gibson again replaced the hardware, this time installing the more historically correct parts used on the current Granada reissue model.  The rim, curly maple neck, and curly maple resonator are original.  The neck is notable for its combination of flying eagle inlays on the peghead and hearts and flowers inlays on the fingerboard, a combination also seen on RB-Granada #9530-4.  Unlike #9530-4, however, Wade Mainer’s banjo has no Mastertone block in the fingerboard.  The curly maple in the neck is very highly figured, in contrast to the rather plain figure of the resonator back.