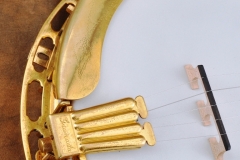 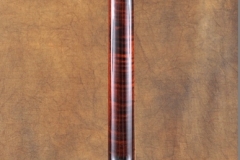 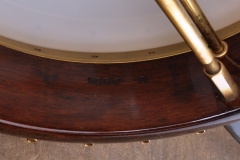 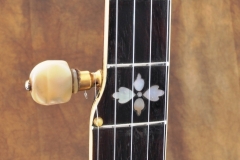 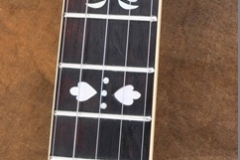 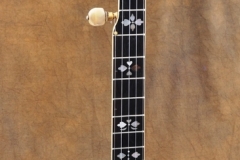 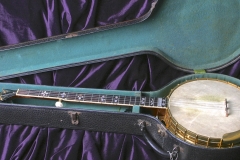 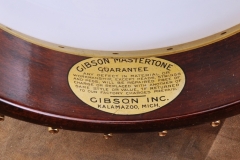 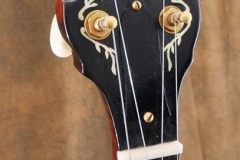 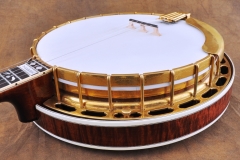 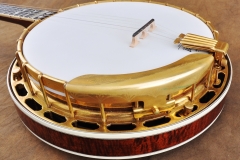 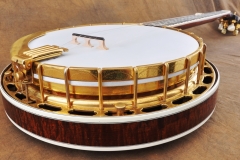 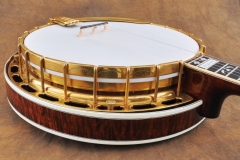 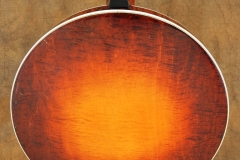 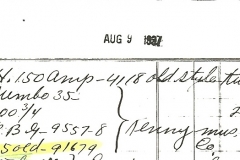 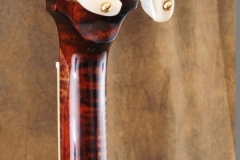 “This banjo (#9557-8) appears in the pre-war Gibson shipping ledgers and was shipped as an RB-Granada to the Kenny Music Company of Huntington, West Virginia on 9 August 1937.  The shipping date is almost one full year after the Granada model had been discontinued by Gibson.  Because the factory order number dates to the spring of 1930, we believe this banjo may have been originally produced as a tenor in that year, then afterwards remained unsold and was subsequently converted to five-string in 1937 by the factory to fill an order for a discontinued model.  This theory is also supported by the fact that the other instruments in batch 9557 were tenor-necked.  It remains in excellent original condition, with the Geib and Schaefer hard shell case, friction fifth string tuner and Grover #401-G head guard.  Other than a small amount of honest playing wear, it is likely to be the second-best original example in existence.  It features the same abbreviated ‘hearts and flowers’ inlay pattern found on the banjo of Earl Scruggs.”