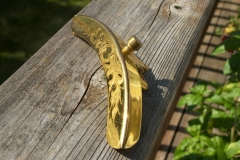 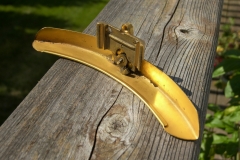 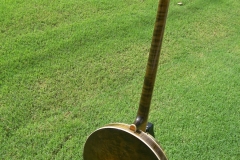 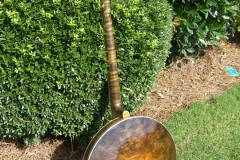 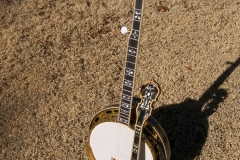 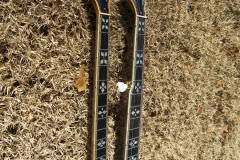 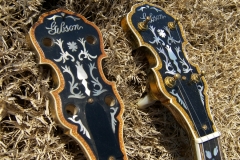 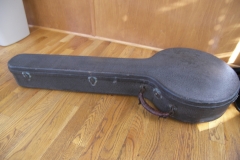 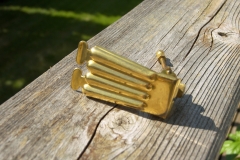 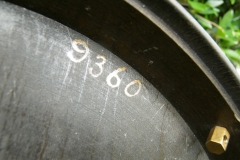 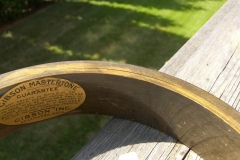 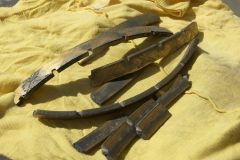 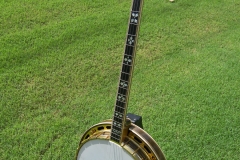 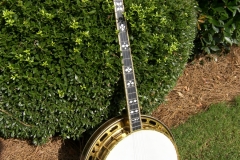 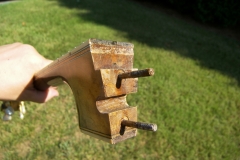 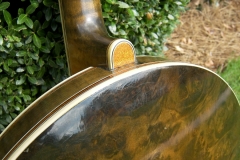 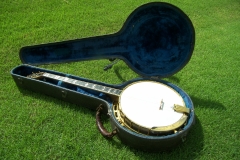 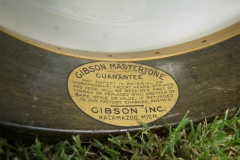 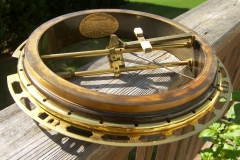 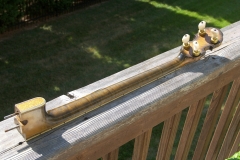 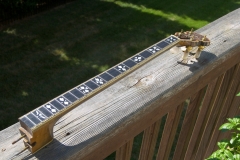 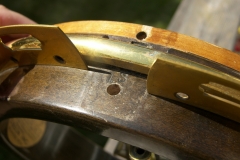 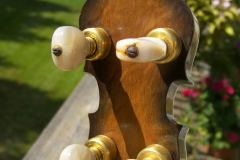 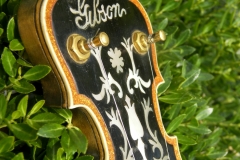 In January 1929, Gibson hailed “a triumph of banjo discovery” with a new model it described as “two banjos in one”; with a fingerboard of twenty frets, as opposed to the twenty-two frets of the plectrum or nineteen frets of the tenor, Gibson’s new banjo could be tuned and played either as a plectrum or a tenor.  This new model conformed for the most part to catalog specifications for the style 6 Mastertone, but eye-catching gold-sparkle binding replaced that model’s alternating black and white “checkerboard” trim.  Gibson dubbed the new model the “Royal P-T” and promised that it would “set the banjoist ten years ahead at a single stride.”

The Royal P-T shared the highly-figured maple, Argentine grey finish, and gold-plated, engraved hardware of the existing style 6, along with that model’s ebony fretboard (as opposed to Gibson’s typical rosewood) and modified “hearts and flowers” inlay pattern.  The tone ring, however, was a new design for Gibson; the Royal P-T was the first Gibson banjo to feature a flathead tone ring as standard equipment.  The tone ring progressed through three designs: a low-profile type having the same depth as an archtop ring, a full-depth, or high-profile, flathead ring with a weight of around two pounds; and what has become known as the high-profile, full-weight flathead tone ring weighing in at around three pounds.

#9360-13 (see Gibson banjo serial numbers vs. factory order numbers) features a high-profile flathead ring with a weight of one pound, fourteen ounces along with another Royal P-T innovation: the “Vibrato Tone-Master” armrest-activated mute, which Gibson promised would provide the player “tonal control like an organ.”  The “Made in U.S.A.” sticker inside the resonator and stamp on the back of the peghead were affixed only to instruments being exported; the finish on the neck heel of #9360-13 is also typical of exported Gibson banjos, the factory apparently feeling that additional protection against climatic changes might be needed by instruments traveling to another part of the world.

While the earliest history of this banjo is not documented, it is known to have spent a good part of its life in the town of Stranraer on the southwest coast of Scotland.  Its most recent owner was given the banjo in the 1980s by neighbor Gerry Smith, believed to have been a native of the northwestern English county of Lancashire.  #9360-13 remains in its original hardshell case and is in fully original, excellent condition with the exception of a new tension hoop engraved by Nick Kimmons replacing the disintegrated original pot metal hoop; a perfect reproduction five-string neck has been made by Frank and Ricky Neat.  Gibson scholar Joe Spann, author of Spann’s Guide to Gibson: 1902-1941, estimates the total production of Royal P-T Mastertones at 125 units.