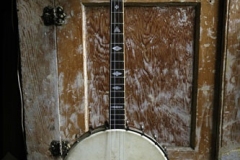 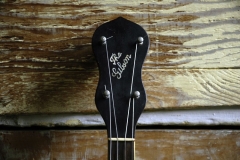 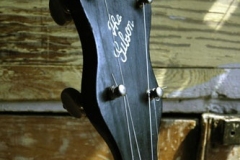 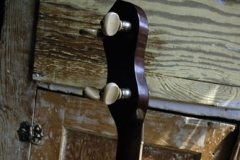 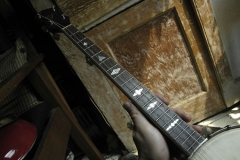 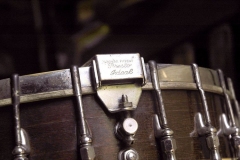 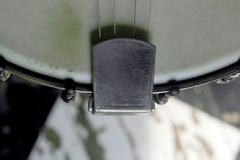 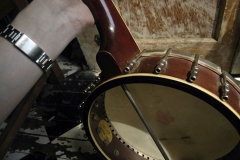 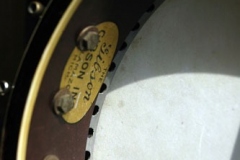 The least expensive banjo produced by Gibson in the 1920s with the exception of the “Junior” model was the style 0, but this early example deviates from standard specifications for this very plain model.  Rather than the simple dot inlays typically seen on style 0banjos, the fingerboard inlays here are in the fancy “Nick Lucas” pattern normally used on style 2; the perforated tubular tone ring is an improvement over style 0‘s usual small-diameter steel hoop; and the shell is bound on the bottom edge, a feature usually reserved for Gibson’s higher-end banjos of the period.

#8014-40 (see Gibson banjo serial numbers vs. factory order numbers) is so different from the standard style 0 that I suppose an argument could be made that it shouldn’t be called a TB-0 at all. . . although the plain peghead and the open back seem to me to make it a TB-0 more than anything else.  What do you think?  And has anybody seen another one like this?