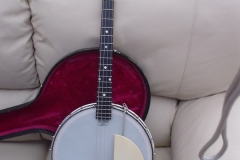 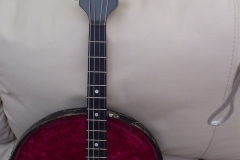 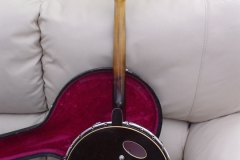 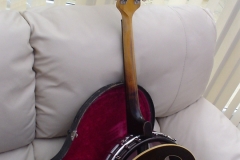 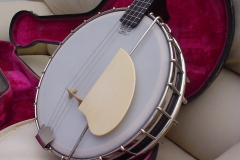 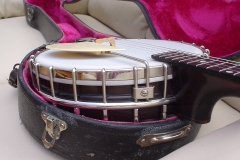 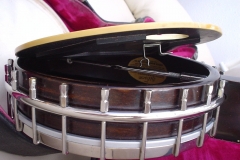 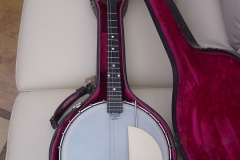 One of Gibson’s earliest banjo designs has become known to collectors and players as the “trap door”, after the hinged back that could be opened for greater volume.  Tenor banjos were enjoying a great vogue at the time this example was produced circa 1924, as their CGDA tuning made it easier for mandolin players to make the transition to the banjo.  The TB-1 would remain one of Gibson’s best-selling, lower-priced tenor banjos through the early 1940s, undergoing a number of design changes over the years.  This example remains in excellent original condition including the factory-installed ivoroid pickguard, or fingerrest.