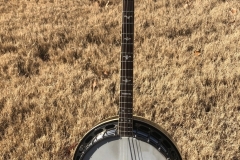 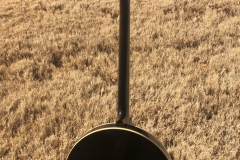 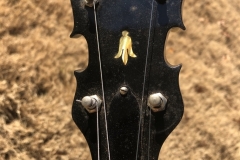 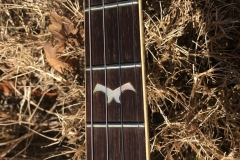 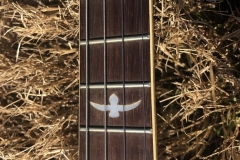 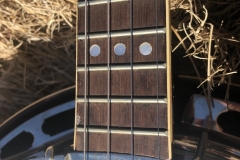 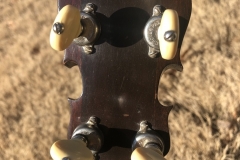 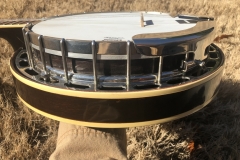 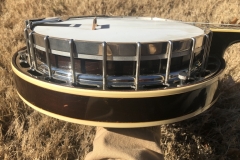 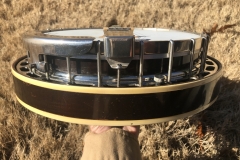 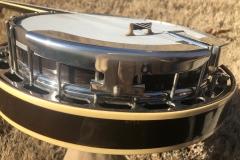 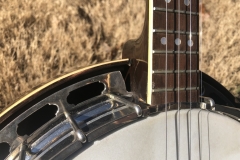 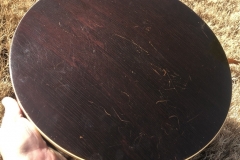 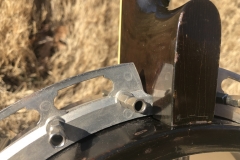 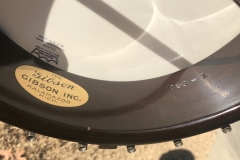 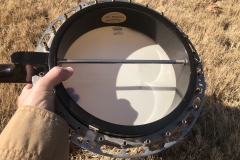 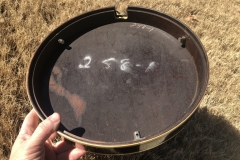 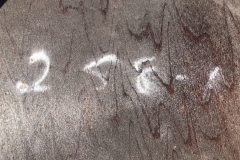 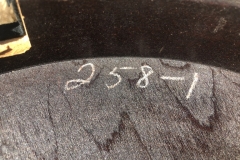 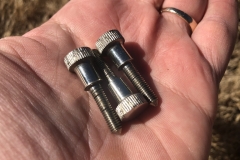 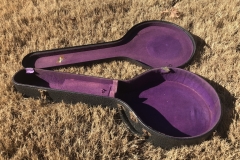 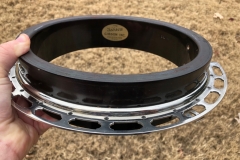 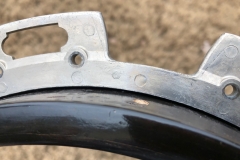 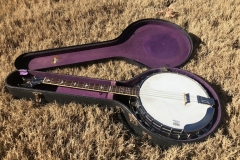 The style 1, priced at $50, was a mainstay of Gibson’s lower-priced non-Mastertone line of the 1930s.  Style 1 had nickel-plated hardware and a dark-finished maple neck and resonator, with white binding on the neck and both edges of the resonator; the tailpiece was an inexpensive type referred to in Gibson catalogs as the “Grover first model”.  Even though the Mastertone models had by this time gone to the double-cut peghead shape, the fiddle-shaped peghead was retained on style 1, with minor modifications–the two small indentations normally found under the fourth- and first-string tuners were absent, and the “points” of the peghead were sharp rather than squared off.  The rosewood fingerboard was normally inlaid with a fleur-de-lis inlay pattern which is also known by such varying names as “gulls” and “flying birds”.

This style 1 tenor banjo was shipped on December 2, 1935 to J.J. Billek, a Gibson teacher-agent in Scranton, Pennsylvania, in a shipment which also included TB-1 #258-5, one TB-4, and a Kalamazoo-brand guitar.  The factory order number #258-1 is stamped on the wooden rim and written twice in chalk inside the resonator (see Gibson banjo serial numbers vs. factory order numbers).  This banjo shows one small idiosyncrasy:  The “Gibson” decal is placed on the same side of the rim as the factory order number stamp, rather than on the opposite side as was typical practice.

#258-1 remains in excellent condition with all of its original hardware and finish; the one-piece flange is in particularly good condition.  This banjo is housed in its original “red-line” #511 case by Geib and Schaefer.