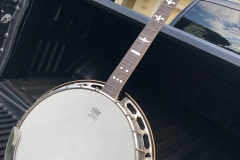 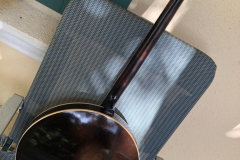 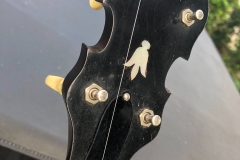 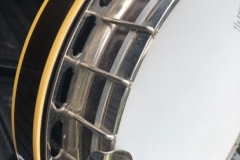 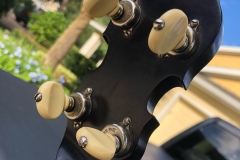 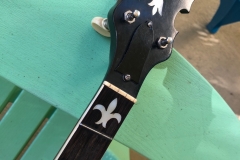 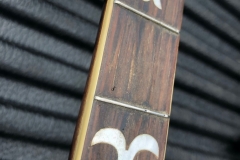 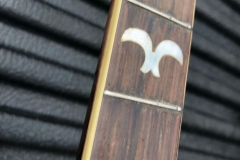 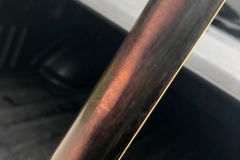 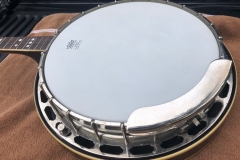 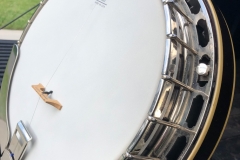 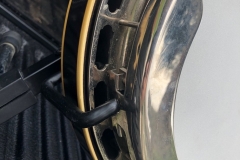 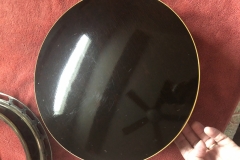 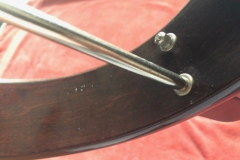 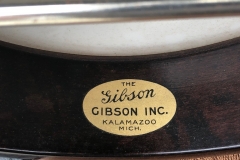 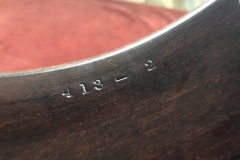 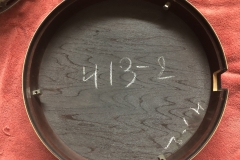 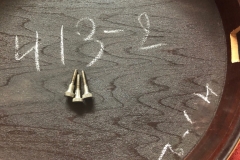 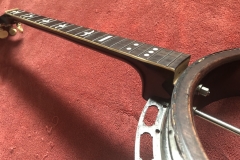 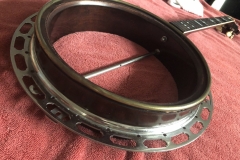 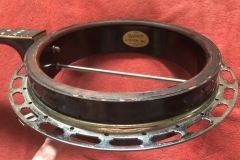 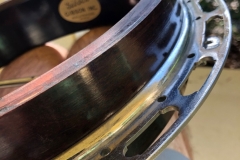 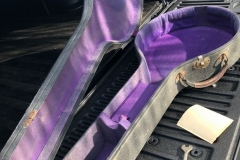 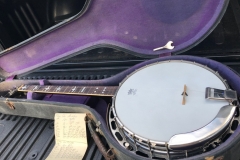 The style 1 of the 1930s was a non-Mastertone model and therefore had no true tone ring–only a small-diameter brass hoop on top of the rim.  It did, however, feature the same pot metal one-piece flange and three-ply maple rim as the Mastertones of the same period.  Style 1 had nickel-plated hardware and a dark-finished maple neck and resonator, with white binding on the neck and both edges of the resonator.  The tailpiece was an inexpensive type referred to in Gibson catalogs as the “Grover first model”.  The fiddle-shaped peghead of the 1920s Mastertone line was retained on the style 1, with a slight simplification in shape.  The rosewood fingerboard was typically inlaid with a fleur-de-lis inlay pattern which is also known by such varying names as “bats” and “flying birds”.

#413-2 (see Gibson banjo serial numbers vs. factory order numbers) dates to 1934 and remains in fully original condition including its original flannel-lined #511 case by Geib and Schaefer.