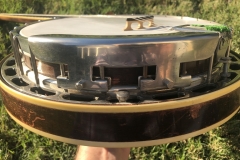 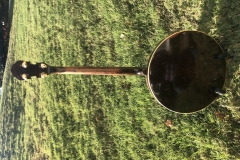 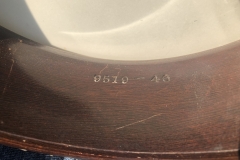 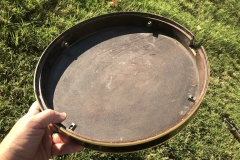 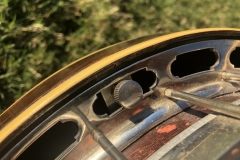 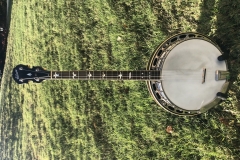 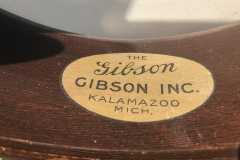 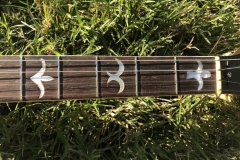 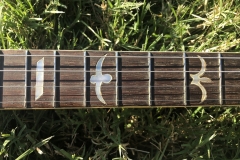 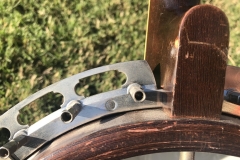 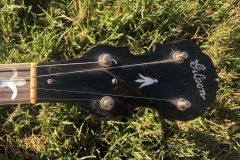 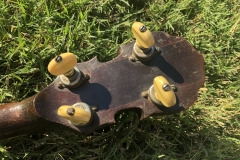 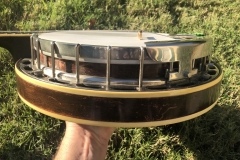 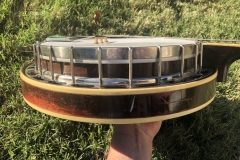 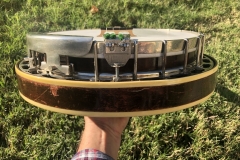 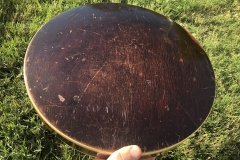 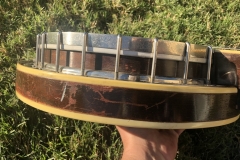 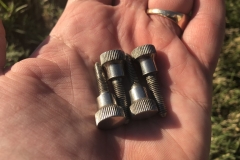 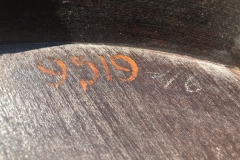 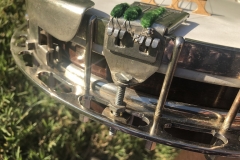 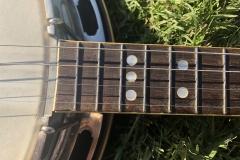 The style 1 of the 1930s was a non-Mastertone model and therefore had no true tone ring–only a small-diameter brass hoop on top of the rim.  It did, however, feature the same pot metal one-piece flange and three-ply maple rim as the Mastertones of the same period.  Style 1 had nickel-plated hardware and a dark-finished maple neck and resonator, with white binding on the neck and both edges of the resonator.  The fiddle-shaped peghead was retained on the style 1 even though the Mastertone models had by this time gone to the double-cut peghead shape.  The rosewood fingerboard was inlaid with a fleur-de-lis inlay pattern which is also known by such varying names as “bats” and “flying birds”; in the late 1930s, this inlay pattern was replaced on style 1 by a simple dot pattern, although the “inverted bud” peghead inlay remained.

This style 1 tenor banjo is in very good original condition with the exception of a later replacement flange and a non-Gibson two-leg armrest.  Most style 1 banjos of the 1930s had only three resonator screws, but some were produced with four screws and on these the added screw is typically positioned symmetrically in relation to the other three, rather than being displaced one bracket to be out of the way of the armrest attachment hardware as was usually done on four-screw models.  This positioning of the fourth resonator screw apparently led Gibson to leave off the armrest on a number of these style 1 banjos.