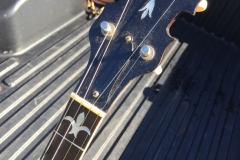 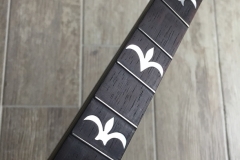 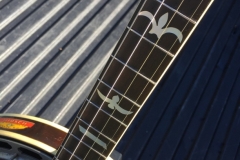 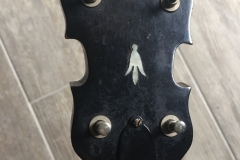 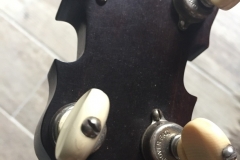 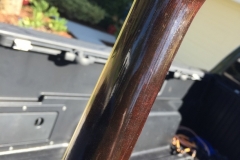 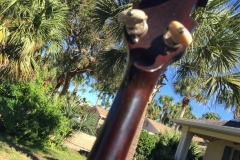 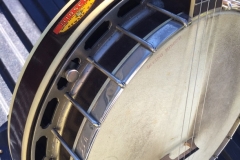 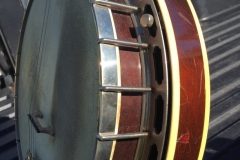 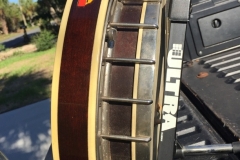 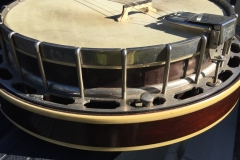 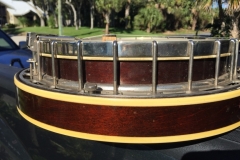 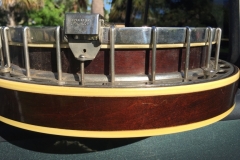 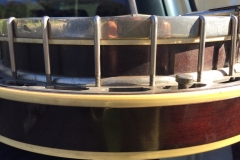 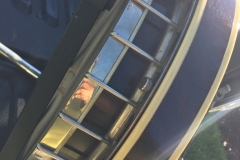 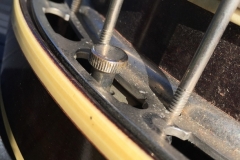 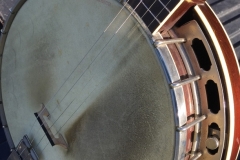 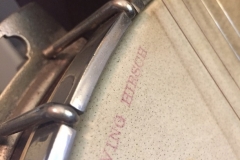 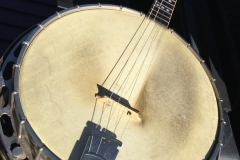 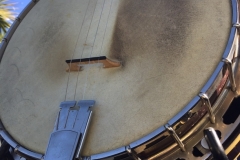 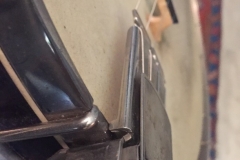 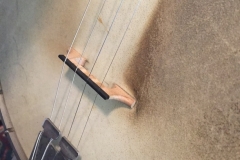 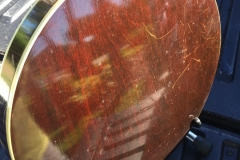 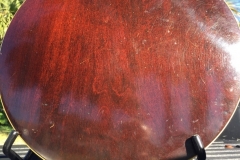 #9543-47 (see Gibson banjo serial numbers vs. factory order numbers) dates to 1930 and was previously owned by Irving Hirsch, who inscribed his name inside the resonator along with the date July 12, 1937, his hometown of Newark, New Jersey, and the phone number Bigelow 3-5050. The name “Irving Hirsch” is stamped on the calfskin head and “Hirsch” decals have been added to the side of the resonator and the case lid. The interior of the “Bull’s Head” brand case bears a badge from Friedman Music in Newark, and the underside of the calfskin head is stamped “Friedman Music Shop/XXX Brand/73 Springfield Avenue/Newark, N.J.”

The one-piece flange is of the smaller first-generation type normally associated with Gibson banjos dating to 1929 production; this example has four resonator lugs rather than the three normally seen on style 1 and, like many four-lug style 1 banjos, was most likely shipped without an armrest.  This banjo also came equipped with a Grover Presto tailpiece rather than the Grover “window” or “first model” tailpiece typical of style 1. #9543-29 has now been converted to five-string with the addition of a straight-grain maple neck by Frank Neat.