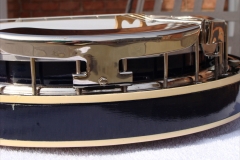 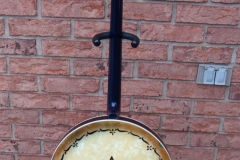 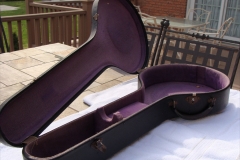 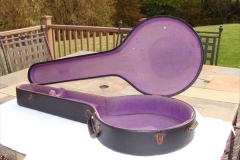 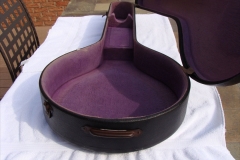 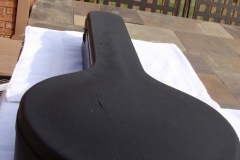 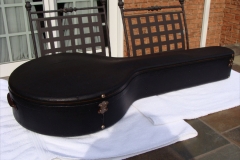 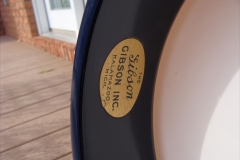 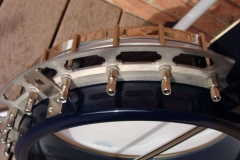 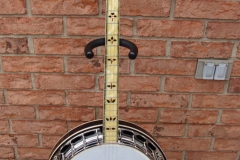 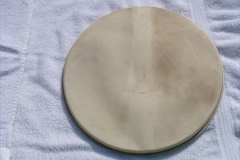 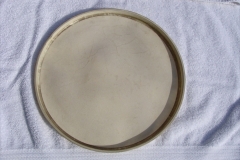 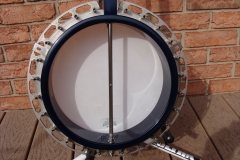 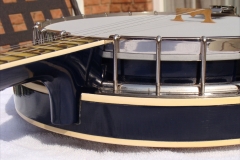 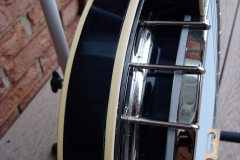 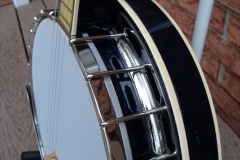 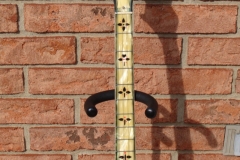 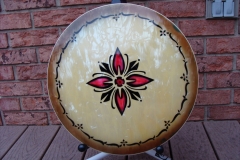 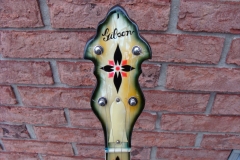 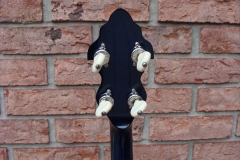 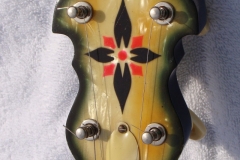 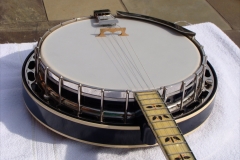 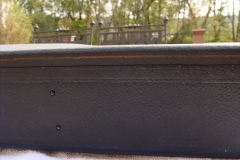 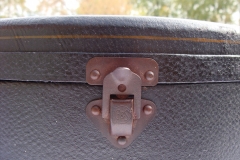 “This model is alive with flash and color and yet is not gaudy”, proclaimed Gibson’s Catalog X of 1936 in describing the TB-11.  Introduced in 1931, style 11 used pearloid, blue paint, and silkscreened designs to dress up what was one of the company’s less-expensive banjo offerings.  Selling for $50, half the price of the least expensive Mastertone model, the style 11 proved to be quite popular and remained in production through the early 1940s.  Besides lending “color” and “flash”, the pearloid and paint provided Gibson with a way to use cosmetically flawed wood which might not have been suitable for more expensive models.

Like many style 11 banjos, this example in not marked with a factory order number or serial number.  It remains in a remarkable state of preservation including its original “red line” Geib and Schaefer #511 case, two-footed bridge, and calfskin head.  There is probably no more pristine example of a TB-11 in existence; until 2011 the banjo remained in the original owner’s family.