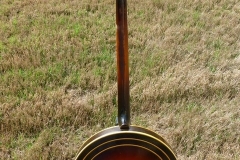 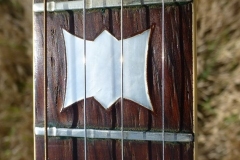 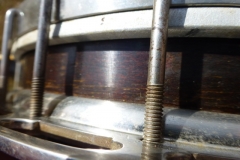 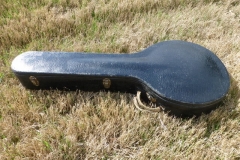 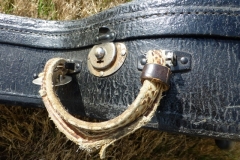 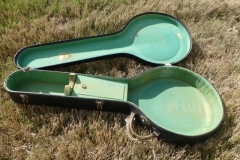 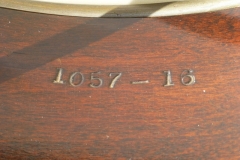 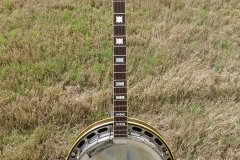 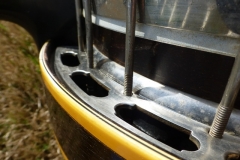 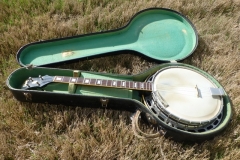 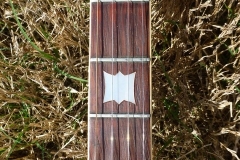 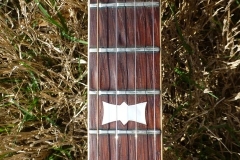 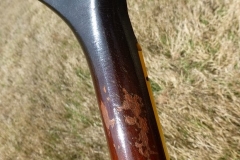 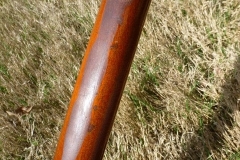 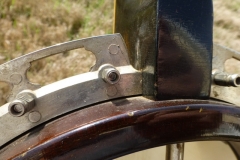 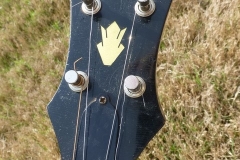 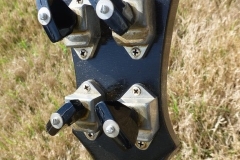 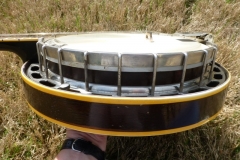 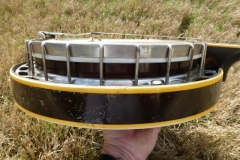 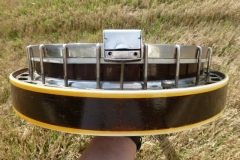 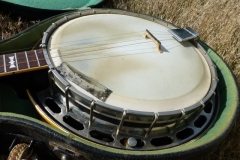 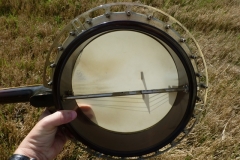 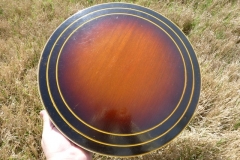 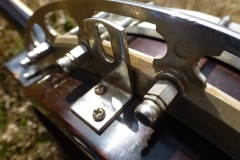 After the hiatus caused by World War II, Gibson resumed banjo production in 1948; factory shipping ledgers indicate that on June 9th of that year, Gibson shipped one RB-100, one RB-150, one TB-100, and one TB-150 to parent company Chicago Musical Instruments.  The first postwar Gibson banjo to be sent to a dealer was an RB-100 shipped on July 1, 1948 to L. Oppleman and Company of Lynchburg, Virginia, one of Gibson’s reliable customers for five-string banjos in the prewar period; this RB-100 may have been a fifth prototype but was very likely the same RB-100 which had been sent to C.M.I. the previous month.  No more banjos appear in the shipping ledgers until January 1949, when shipment of style 100 and style 150 banjos began in earnest.  Unfortunately, shipping ledger entries for this period do not record banjos by factory order number, but Gibson historian Joe Spann has determined that the TB-150 seen here dates to this first year of regular postwar Gibson banjo production.

Style 150 basically combined the non-Mastertone construction of style 100 with the cosmetic appointments that would be seen on the first postwar Mastertone model, style 250, upon its introduction in 1954.  Other than the lack of a tone ring, style 150 is distinguishable from the later style 250 only by its unbound peghead and lack of a Mastertone block; style 150 was only produced through 1958, making it one of the rarer postwar Gibson banjo models.  This example conforms largely to standard specifications with sunburst-finished mahogany neck and resonator, two concentric rings of purfling on the back of the resonator, the “flyswatter” peghead shape typical of Gibson banjos from 1948 through the 1960s, and the “bowtie” inlay pattern which had been seen in a slightly different form on the top-tension style 7, introduced in 1937.  Unlike later style 150 banjos, #1057-16 has no volute or handstop; it shows evidence of having been well-used and has extensive lacquer checking, particularly on the resonator, but otherwise remains in original condition with the exception of replaced tuner buttons.  As is typical for the period, there is no Gibson decal inside the rim.  The banjo remains in its original flannel-lined case.