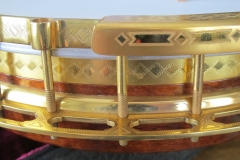 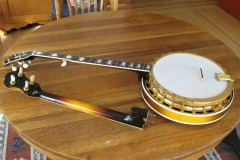 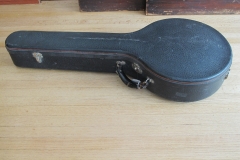 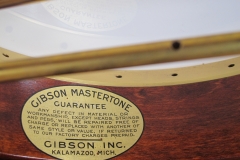 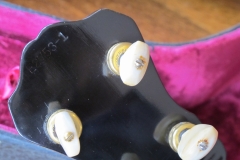 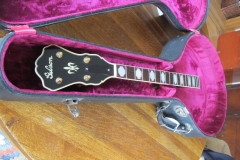 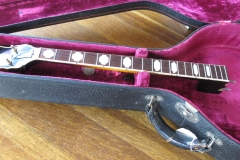 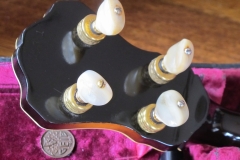 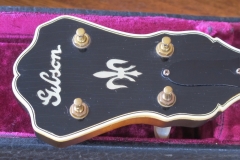 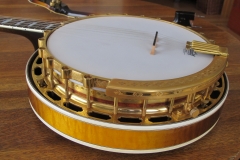 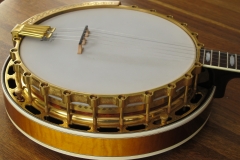 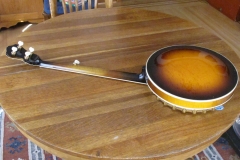 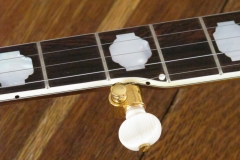 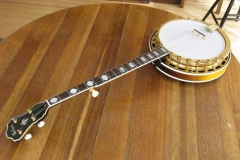 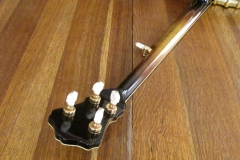 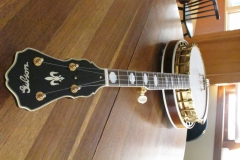 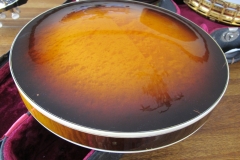 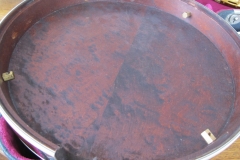 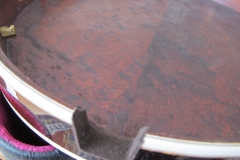 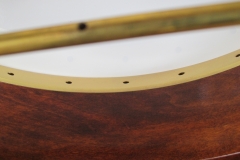 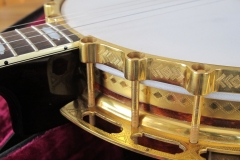 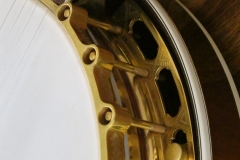 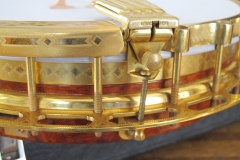 Gibson described the TB-18 as “the headliner of all modern tenor banjos” in its Catalog BB of 1942.  “Modern” seems to have been the operative word in Gibson’s conception of their new line of top-tension banjos, introduced in 1937.  Art Deco styling, flathead tone rings, radiused fingerboards, and solid lathe-turned resonator backs, along with the new and more convenient head-tensioning system, were clearly meant to help the banjo shed its old-fashioned image and regain popularity in a popular music world that was increasingly dominated by the guitar.  As the top model in Gibson’s new banjo line, style 18 was the only gold-plated Mastertone in production from the late 1930s until banjo production was suspended during World War II.