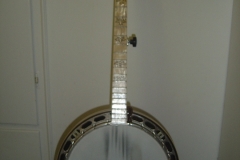 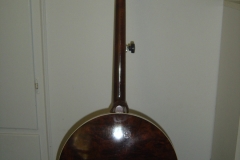 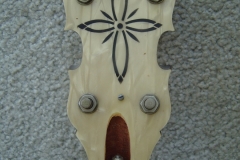 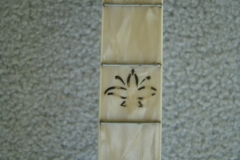 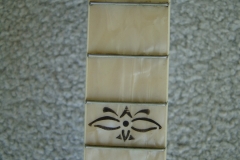 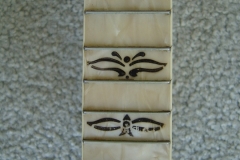 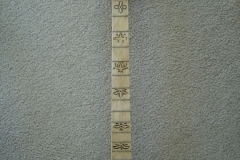 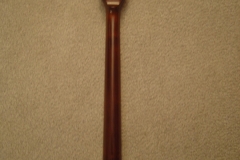 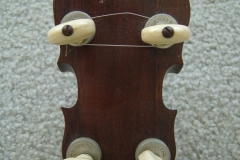 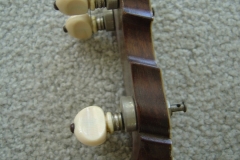 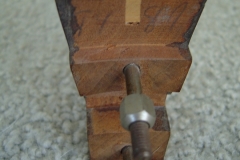 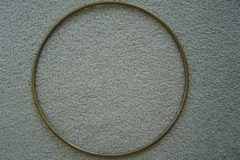 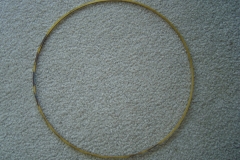 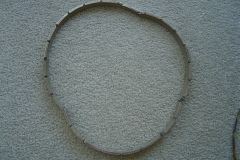 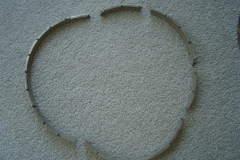 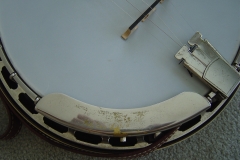 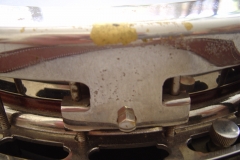 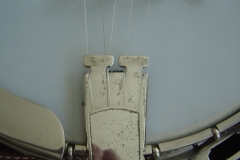 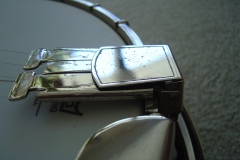 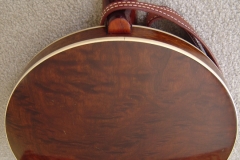 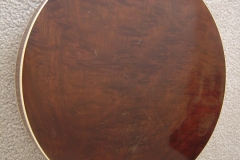 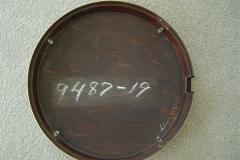 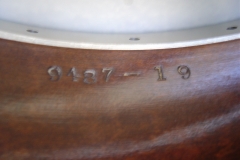 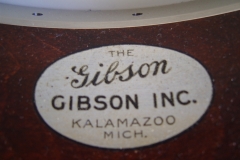 The style 2 of the 1930s was the highest-priced non-Mastertone model, selling for $75 when the entry-level Mastertone, style 3, was $100.  Style 2 banjos are relatively scarce, perhaps because a player considering one could get a Mastertone for just $25 more.  As on the style 11 and Kel Kroydon banjos, Gibson added visual appeal to the style 2 through the use of a pearloid fingerboard and peghead overlay with stenciled designs.  The neck and resonator are walnut, the hardware is nickel-plated, the flange is one-piece, and the tailpiece is a Grover Presto rather than the Grover “first model” usually seen on lower-priced non-Mastertone models.

#9487-19 (see Gibson banjo serial numbers vs. factory order numbers) dates to 1929 and has been converted to five-string flathead with a walnut neck by Larry Cohea and a Huber tone ring. It otherwise remains in original condition with the exception of the tension hoop which disintegrated due to zinc pest, a type of intergranular corrosion which can affect zinc alloys and was common in the earliest cast metal flanges and stretcher bands produced for Gibson by the Doehler Die Casting Company.

Here’s a sound sample of this first-rate prewar conversion banjo: