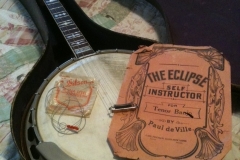 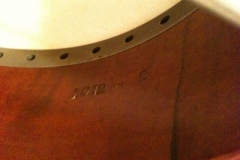 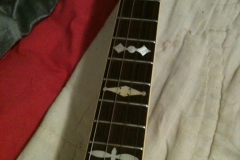 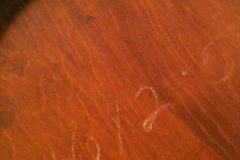 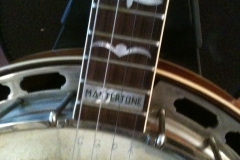 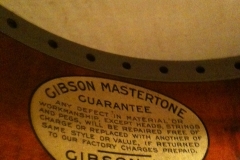 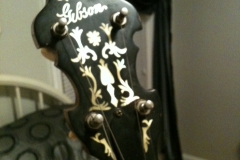 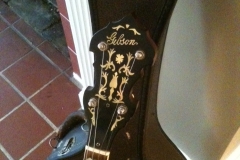 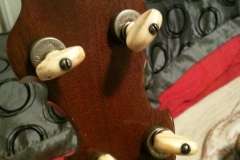 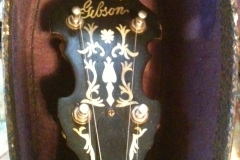 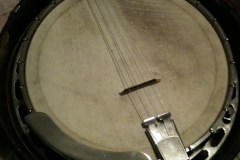 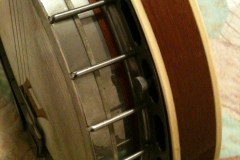 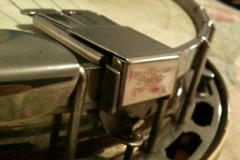 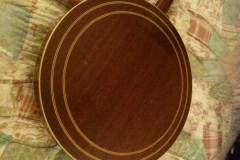 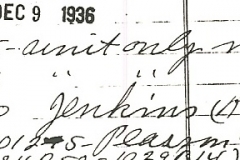 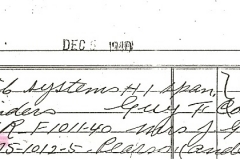 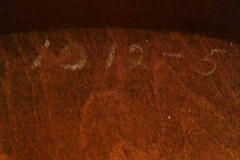 Style 3 was the least expensive model in Gibson’s Mastertone line; it was introduced in 1925 and remained in production through 1937, when its price was lowered from $100 to $75 and it was renamed style 75.  The changeover from style 3 to style 75 was about eight months away when #1012-5 (see Gibson banjo serial numbers vs. factory order numbers) was shipped to the Indianapolis, Indiana location of Pearson Music on December 9, 1936.  This banjo appears in Gibson’s shipping ledger a second time as a TB-75 being returned  to the Anderson, Indiana location of Pearson Music on December 5, 1940 following a repair.  The repair must almost certainly have involved the replacement of this banjo’s neck; while the current neck features the standard “leaves and bows” inlay pattern on the fingerboard, the peghead inlay is the much more ornate design used on Gibson’s gold-plated, engraved style 6 and Royal P-T banjos.  The presence of this inlay pattern on a style 3 or style 75 Mastertone is highly unusual and possibly unique.

#1012-5 remains in excellent original condition and is still set up with a calfskin head on which a previous owner wrote the notes of tenor banjo tuning.