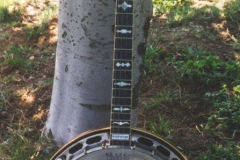 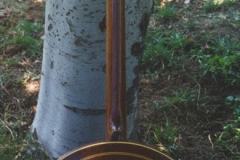 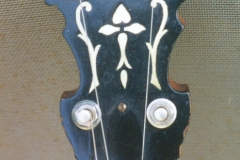 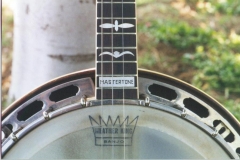 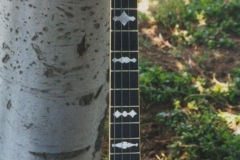 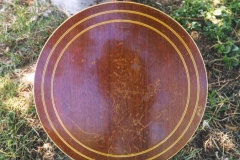 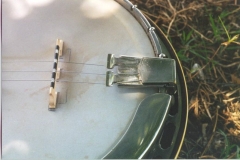 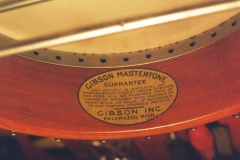 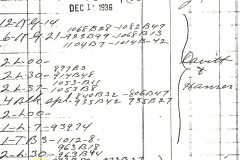 Style 3 was the least expensive model in Gibson’s Mastertone line.   It was introduced in 1925 and remained in production through 1937, when its price was lowered from $100 to $75 and it was renamed style 75.  The changeover from style 3 to style 75 was a little less than a year away when #1012-8 (see Gibson banjo serial numbers vs. factory order numbers) was shipped to music wholesaler Davitt and Hanser of Cincinnati, Ohio on December 11, 1936.  This example is completely original with the exception of the tuners, which have been replaced with Schallers.   #1012-8 conforms to standard catalog specifications for a style 3 banjo of the mid-1930s; this banjo was bought from the original owner and has been in a closet since the early 1960s.