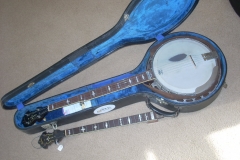 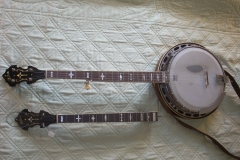 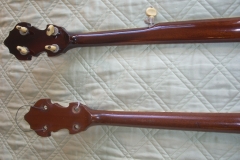 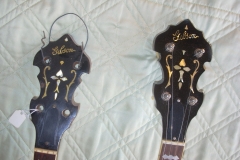 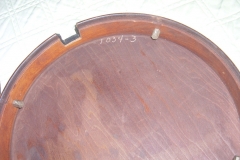 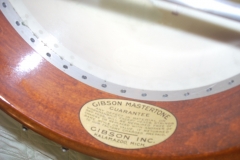 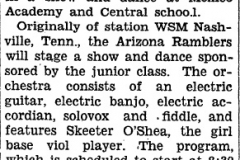 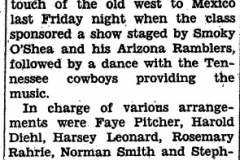 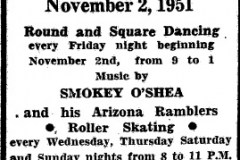 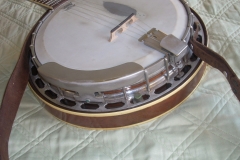 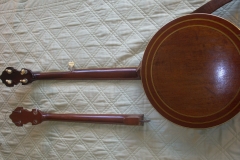 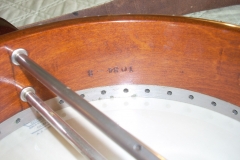 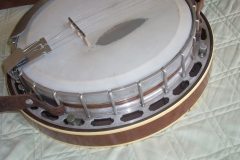 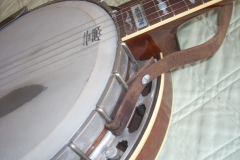 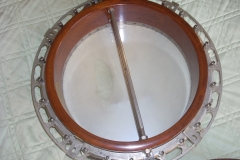 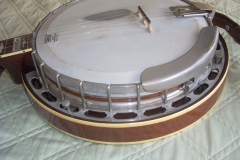 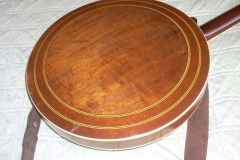 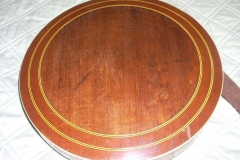 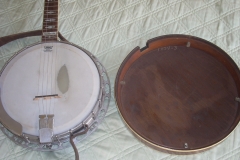 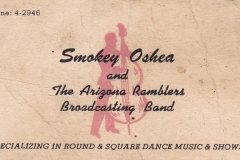 Style 3 was the least expensive model in Gibson’s Mastertone line; it was introduced in 1925 and remained in production through 1937, when its price was lowered from $100 to $75 and it was renamed style 75.  #1034-3 dates to 1934 and was formerly owned by Arizona native Lawrence Flansberg, who relocated to upstate New York where he performed for many years as “Smokey O’Shea” with his band the Arizona Ramblers.  Articles above from the Mexico Independent newspaper of Mexico, New York document appearances of O’Shea and his band in the late 1940s and early 1950s.  The current owner acquired this banjo from Flansberg’s widow in 2004; the five-string neck was made by Bill Sullivan of First Quality Music.

#1034-3 conforms to standard specifications for style 3 in the mid-1930s; the finish has been removed from the area within the innermost concentric purfling ring on the back of the resonator, and the resonator veneer in this area is reported as having “a fine ‘pebbly’ texture like it was hammered uniformly with some knobby object.”  There are patched holes in the side of the resonator where a mute and/or lights were installed.