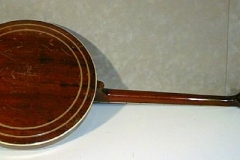 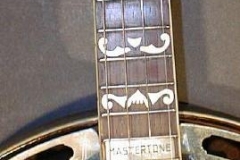 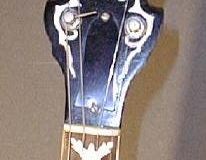 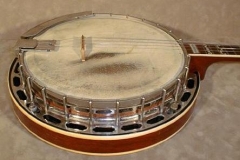 While most style 3 banjos of this period have the leaves and bows inlay pattern in a rosewood fingerboard, they are also sometimes seen with the wreath pattern or the flying eagle pattern shown here.  #158-11 (see Gibson banjo serial numbers vs. factory order numbers)  is unusual in that its peghead inlay is that normally found on style 4 and Granada banjos of the period.