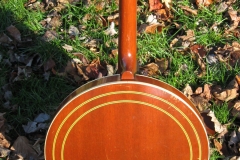 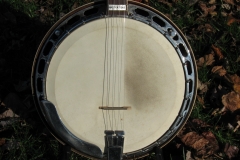 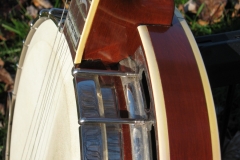 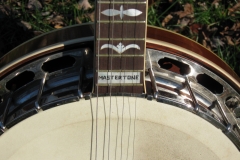 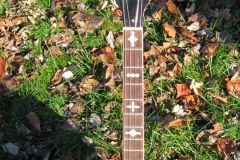 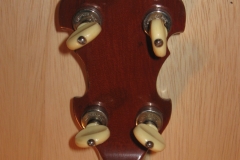 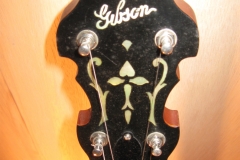 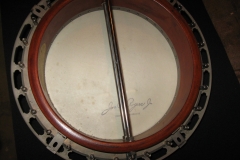 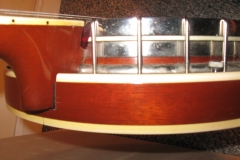 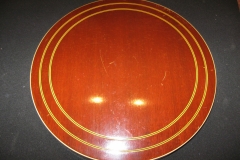 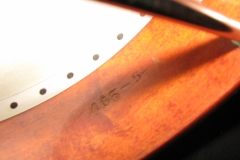 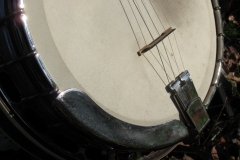 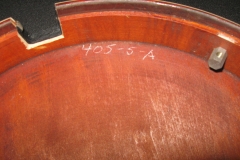 Style 3 was the least expensive model in Gibson’s Mastertone line.   It was introduced in 1925 and remained in production through 1937, when its price was lowered from $100 to $75 and it was renamed style 75.  The 1930s specifications for style 3 included a one-piece flange, nickel-plated hardware, mahogany neck and resonator with two concentric rings of white/black/white purfling on the back of the resonator, a double-cut peghead, and the leaves and bows inlay pattern.  The tone ring was typically a forty-hole archtop.

#405-5-A was originally sold by Levi’s Music Store in Rochester, New York and was played for many years by Rochester resident Edward Mulroney (1890–1970).  It remains in fully original, excellent condition.