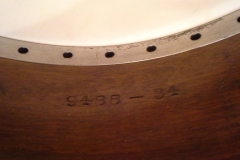 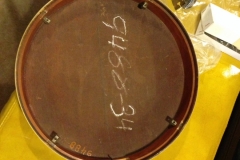 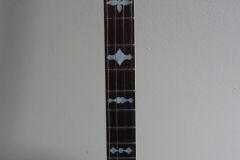 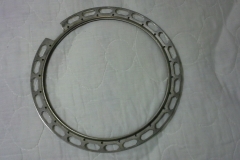 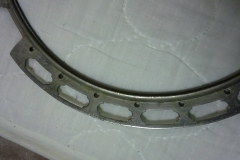 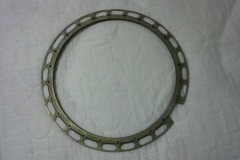 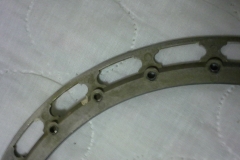 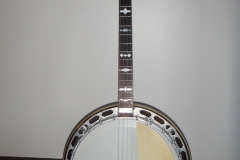 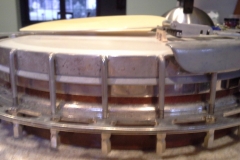 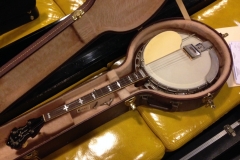 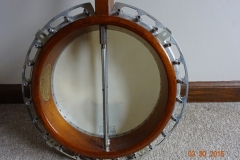 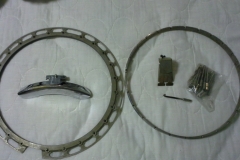 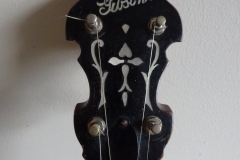 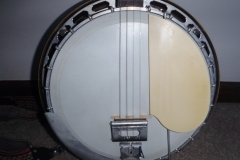 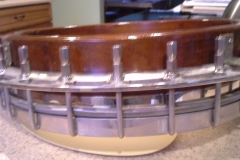 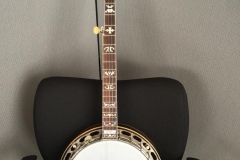 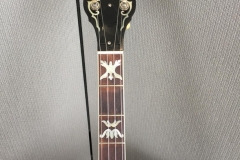 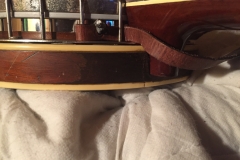 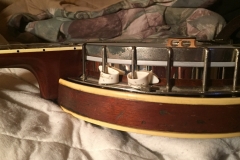 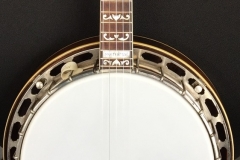 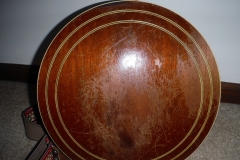 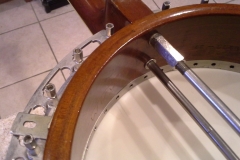 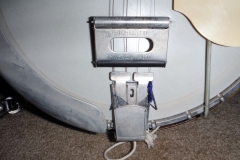 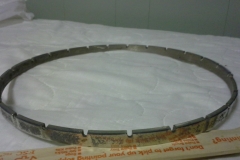 Style 3, the least expensive model in Gibson’s prewar Mastertone line, was revamped in 1929.  The model’s straight-grained maple changed to mahogany, two concentric rings of white/black/white purfling were added to the back of the resonator, the brass tube-and-plate flange was replaced by a one-piece cast metal flange, and the headstock shape and inlay patterns also changed.  #9488-34 (see Gibson banjo serial numbers vs. factory order numbers) is from one of the first lots of style 3 instruments made in this new configuration.  When the banjo surfaced in 2015 the original hardware had been replaced but remained with the banjo (including the first-generation pot-metal one-piece flange); the majority of the photos above show the banjo with these replacement parts installed.  The original hardware included a chrome-plated rather than nickel-plated armrest.  The post-conversion photos show the banjo with the original hardware reinstalled, with the exception of a prewar nickel-plated armrest replacing the chrome-plated original.  The banjo is now equipped with a five-string neck by Frank Neat and a twenty-hole flathead tone ring by Bill Blaylock: