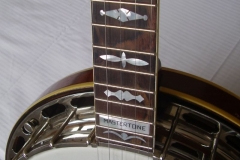 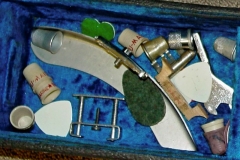 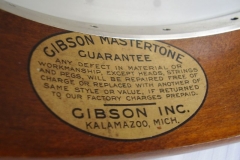 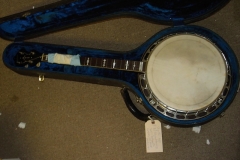 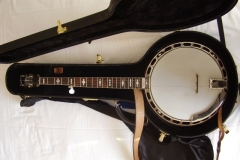 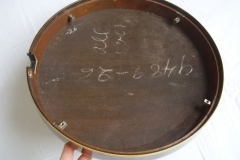 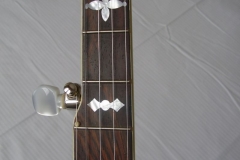 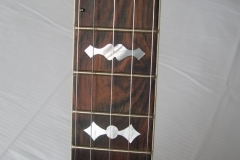 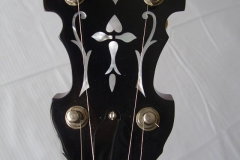 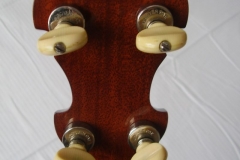 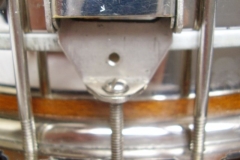 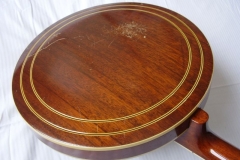 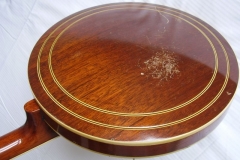 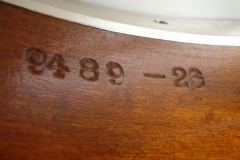 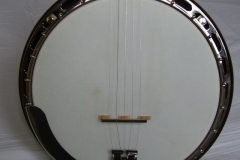 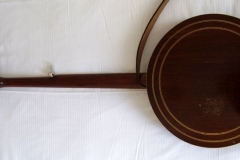 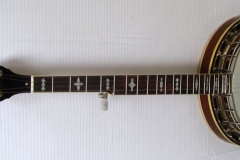 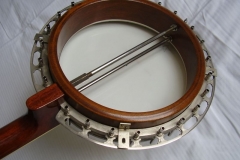 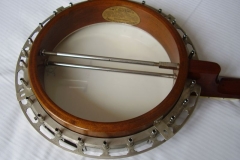 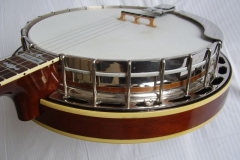 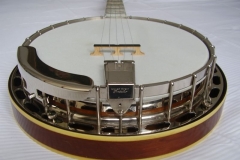 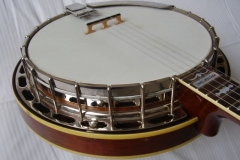 Style 3 was the least expensive model in Gibson’s Mastertone line.   It was introduced in 1925 and remained in production through 1937, when its price was lowered from $100 to $75 and it was renamed style 75.  The style 3 of the 1920s featured dark-stained maple, a two-piece flange, a fiddle-shaped peghead, and diamonds and squares inlays.  In 1929, the specifications changed to those seen here; #9489-26 (see Gibson banjo serial numbers vs. factory order numbers) is from one of the first known lots of “1930s-style” TB-3s, with mahogany neck, mahogany resonator with white binding on both edges and two concentric circles of black and white purfling on the back, a one-piece flange, forty-hole archtop tone ring, Presto tailpiece, Grover tuners, and a double-cut peghead and Brazilian rosewood fingerboard inlaid with the leaves and bows pattern.

This banjo has now been converted with a five-string neck by Frank and Ricky Neat and a flathead tone ring by Bill Blaylock.  The inside of the resonator bears the words “all over” written in chalk, which seems to have been a notation by a factory inspector that the finish on this resonator needed to be reapplied; other prewar Gibson banjos have been observed with notations such as “spray back 2-3 coats” written inside the resonator in the same manner.