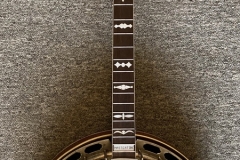 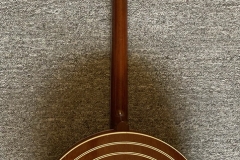 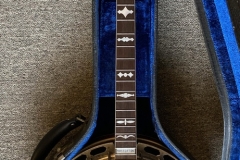 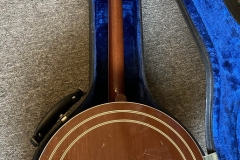 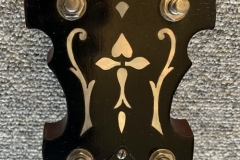 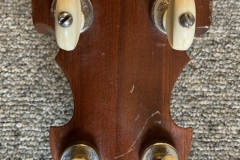 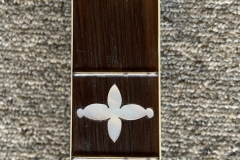 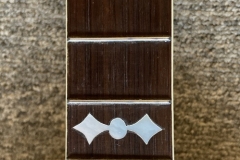 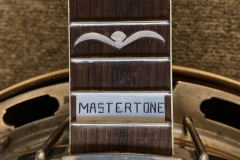 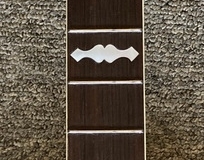 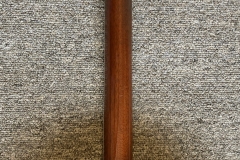 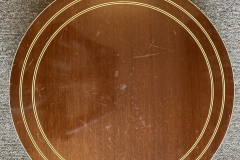 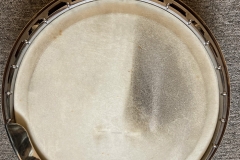 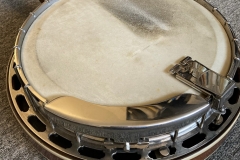 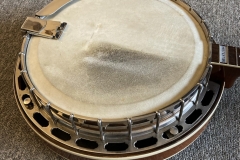 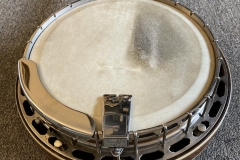 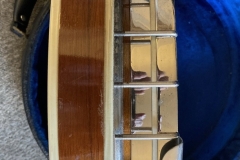 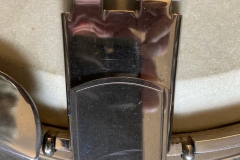 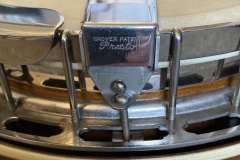 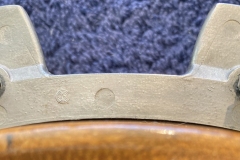 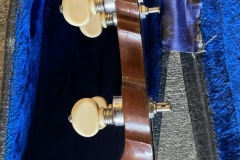 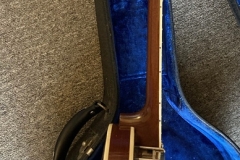 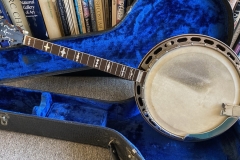 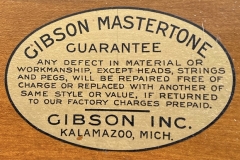 Style 3, the least expensive model in Gibson’s prewar Mastertone banjo line, was revamped in 1929.  The model’s straight-grained maple changed to mahogany, two concentric rings of white/black/white purfling were added to the back of the resonator, the brass tube-and-plate flange was replaced by a one-piece cast metal flange, and the headstock shape and inlay patterns also changed.  #9489-63 is from one of the first lots of style 3 banjos made in this “new” configuration and remains in excellent original condition, showing no damage due to “zinc pest“, a common problem with the earliest pot metal flanges and tension hoops supplied to Gibson by the Doehler Die Casting Company (see TB-3 Mastertone #9488-21, the “William Patton Kennedy”).

While Gibson banjos dating to 1929 typically feature a more lightly-built “first generation” flange with a corresponding rim thickness of approximately .640″ below the flange, this example is equipped with the later version of the flange and has a rim thickness of approximately .600″. #9489-63 (see Gibson banjo serial numbers vs. factory order numbers) retains its period Jos. B. Rogers, Jr. calfskin head and is now set up with a reproduction five-string neck by Frank Neat of Russell Springs, Kentucky. The banjo’s current owner acquired it from an estate sale after it surfaced in Albany, New York.